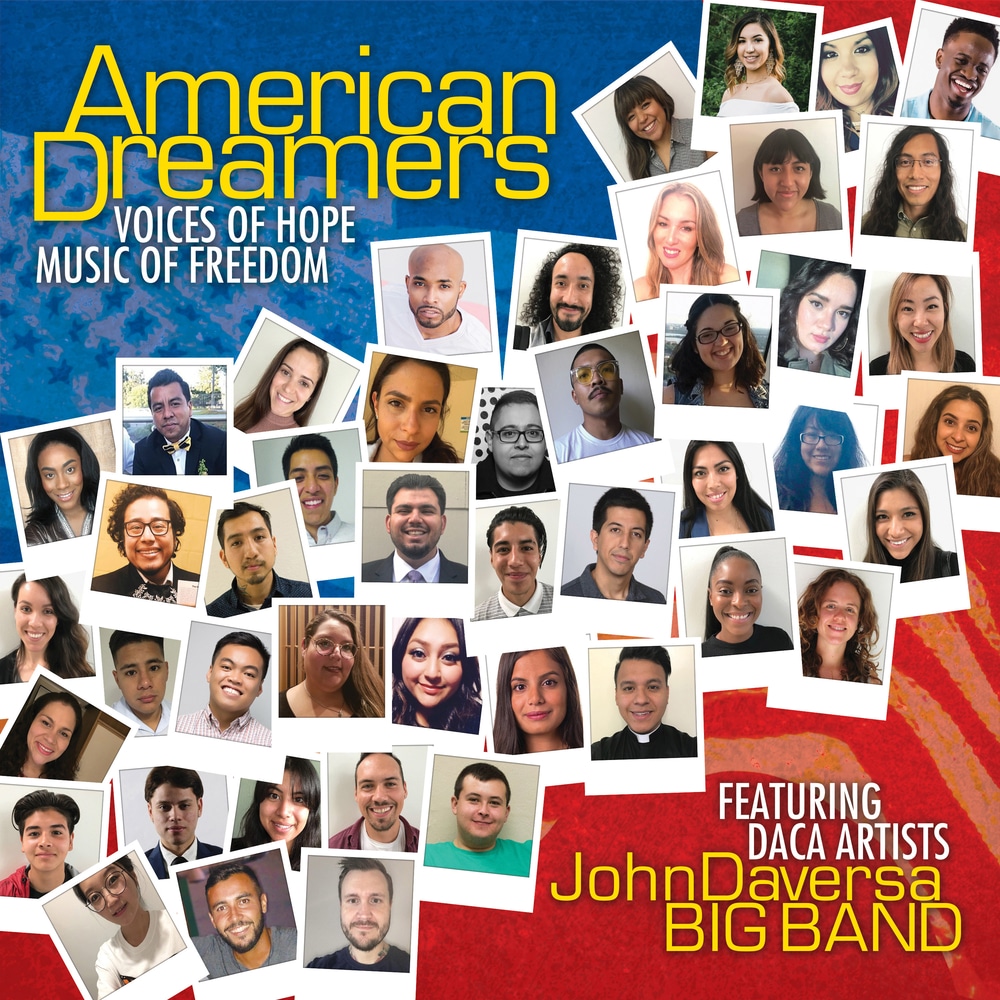 Available in 44.1 kHz / 24-bit AIFF, FLAC audio formats
Grammy Award – Best Improvised Jazz Solo, 2018 – Don't Fence Me In (John Daversa, soloist) Grammy Award – Best Arrangement, Instrumental or A Cappella, 2018, Stars and Stripes Forever, (John Daversa, arranger) Grammy Award nomination – Best Large Jazz Ensemble Album, 2018 American Dreamers: Voice of Hope, Music of Freedom, spearheaded by multi-Grammy-nominee John Daversa and his Big Band, is a deeply personal, emotional, and timely project. It’s a musical cri de coeur that gives voice to young undocumented people known as “Dreamers” who, through no fault of their own, were brought to this country as children. They grew up here and were instilled with American culture and values. There are approximately 800,000 DACA recipients, and 90 percent of them are in school or have a job. Many of them are also musicians, who have come together to create this production, which has received bipartisan support from both Democratic and Republican Senators. Jazz is perhaps the greatest, intrinsically American art form and one of America's most important cultural exports. Jazz has been the music of freedom and protest, so it is eminently fitting as a vehicle for Dreamers to express their predicament. Putting aside the politics and partisanship of the current debate, all of us can enjoy the songs of our nation. Perhaps this album can inspire us to focus more on what unites rather than divides us. "Music has always been tied to the fight for justice. During the Civil Rights Movement, Nina Simone and John Coltrane performed what became anthems for freedom. American Dreamers continues this tradition of using music to send an important message: Dreamers are Americans. You will hear these young Americans performing jazz at the highest level, speaking about their hopes, and affirming their love of the country they call home.” - U.S. Senator Kamala D. Harris
44.1 kHz / 24-bit PCM – BFM Jazz Studio Masters