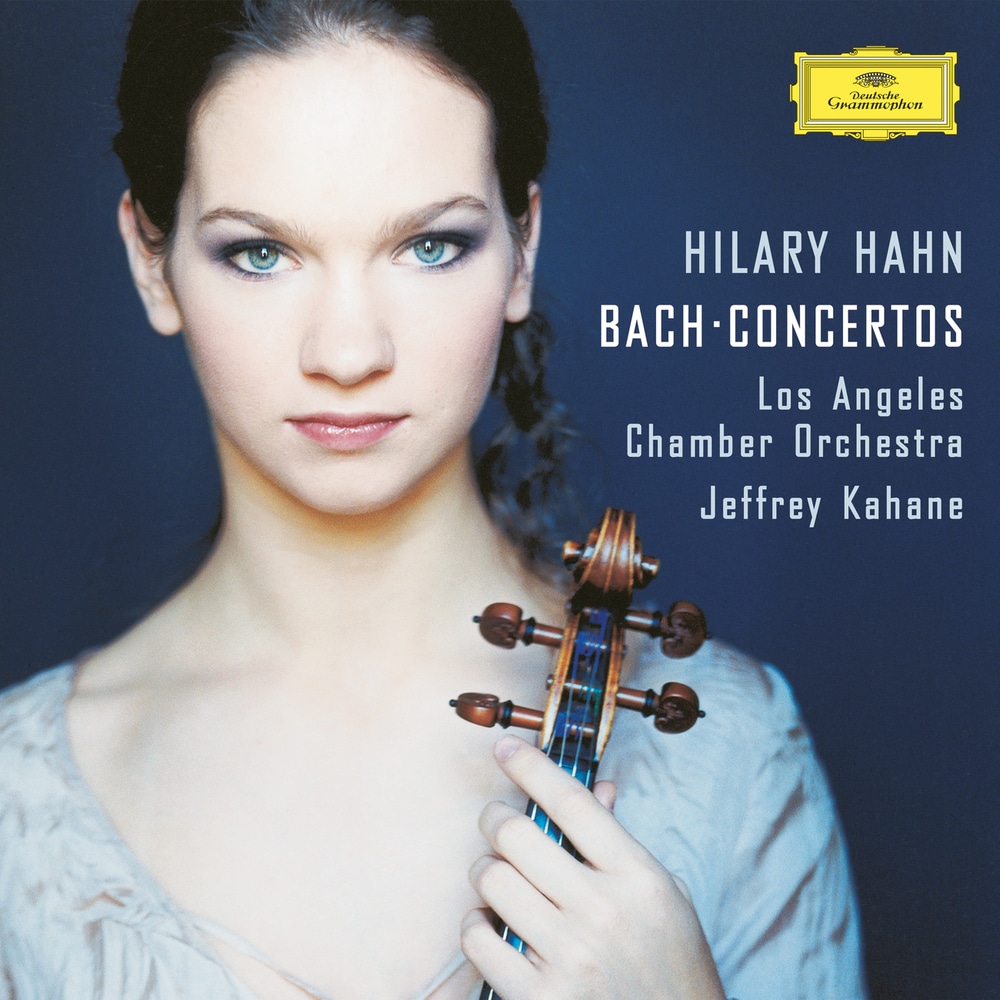 Available in 88.2 kHz / 24-bit AIFF, FLAC high resolution audio formats
"Hahn is an American violinist of fearless instincts, eager to tackle everything from Bach to Barber and beyond . . . Hahn . . . never fails to dazzle in performance." - Los Angeles Times ". . . her musicality and feeling for Bach . . . is so genuine that she can not be expected of merely showing off. In these concertos, her first for the Deutsche Grammophon label, her flawless technique, beautiful tone, and restrained noble expressiveness are on full display." - String (San Rafael) Bach supplied the violin repertoire with surpassing masterpieces, including eight sonatas with harpsichord accompaniment, six works for unaccompanied violin, obbligato parts in his cantatas and passions, and a handful of concertos. The violin plays an important solo role in three of the Brandenburg Concertos as well as in the Triple Concerto in A minor for flute, violin, and harpsichord BWV 1044. But his essential works for solo violin and orchestra are the four concertos presented on this recording. "Sometimes I'm asked, “What sets Bach apart from other great composers?" It's a difficult question to answer. There are so many details that one could point to, yet, like the famous Mona Lisa's smile, the most distinctive elements are the most elusive. Some people emphasize that Bach's music captures the essence of humanity, that it brings together complex elements of light and shadow, solitude and communion, elation and the depths of sorrow. The listener is led through conflict to beautiful resolution, but satisfying as the resolution may be, another layer of expression is constantly waiting to be uncovered. I feel that this is true of all of Bach's compositions." - Hilary Hahn
88.2 kHz / 24-bit PCM – Deutsche Grammophon (DG) Studio Masters