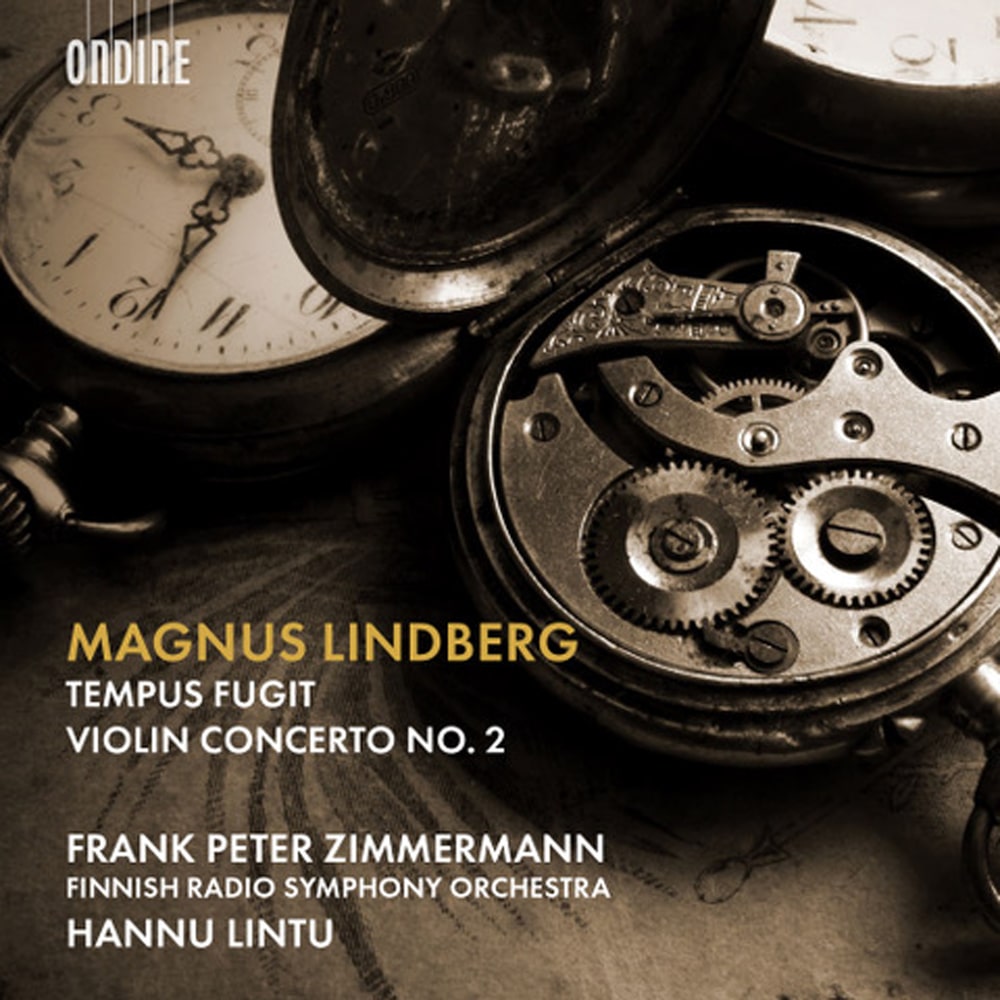 Violin Concerto No. 2, written for Frank Peter Zimmermann, was composed during Lindberg’s tenure as the composer-in-residence for the London Philharmonic Orchestra. This three-movement work represents well Lindberg’s late lush orchestral style and is reminiscent to the tradition of great romantic violin concertos of the past. The concerto has three movements played without a break, with a solo cadenza towards the end of the second movement. The music is at times lucid and bright and at times lusciously sonorous, and the soloist is called upon to display both fireworks and soaring melodic arcs.

Tempus fugit was commissioned by the Finnish Radio Symphony Orchestra and premiered at the gala concert for the centenary of Finland’s independence in Helsinki in 2017. Although the work has a strong positive and even lucid fundamental tone, the composer did not seek to write a traditional anniversary piece. Instead, he sought a new approach through means that he had first employed in the 1980s, going back to the harmonic studies that he had undertaken on computer, using the LISP programming language – the same that he had used when creating his first major orchestral work, Kraft (1983–85). The result, however, is quite different from his edgy, even aggressive, early works: Tempus fugit is a 30-minute orchestral work embracing an Impressionist brightness of color, melodic lines and a warm Romantic glow. The work is dedicated to Hannu Lintu.
48 kHz / 24-bit PCM – Ondine Studio Masters