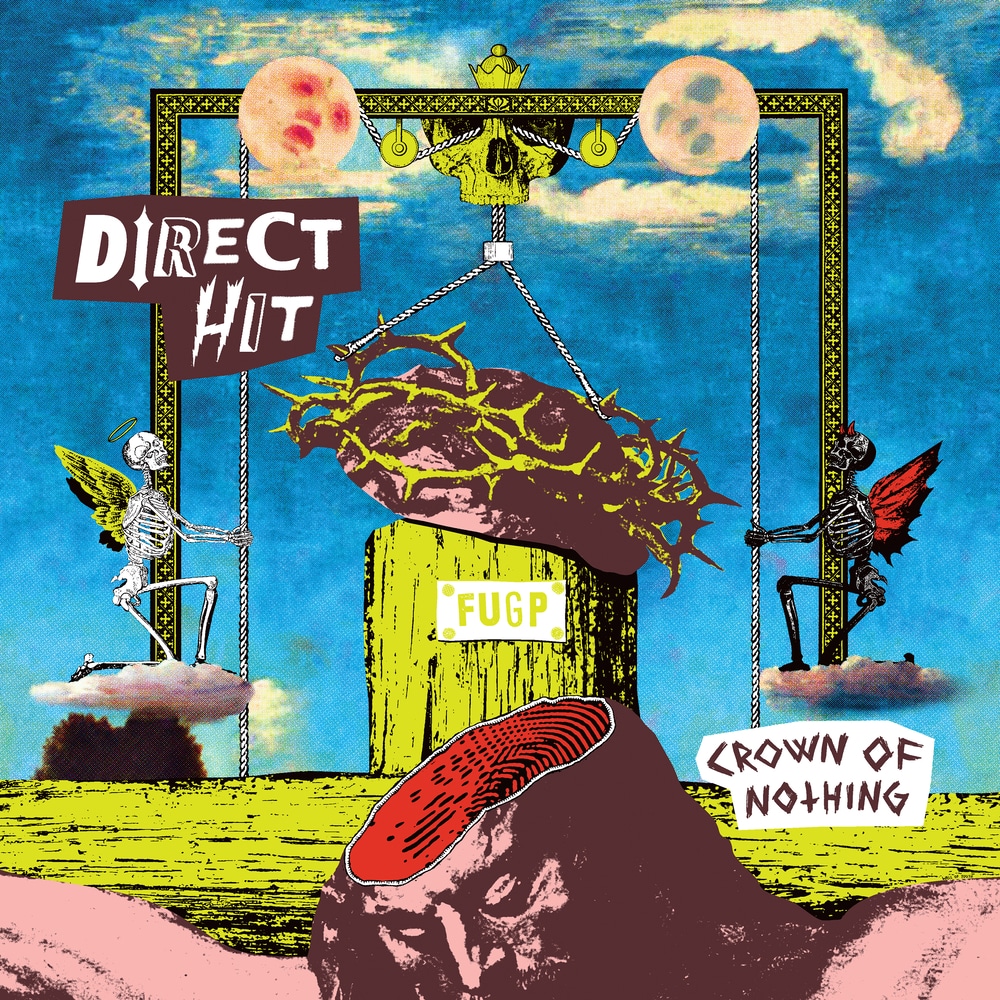 Available in 44.1 kHz / 24-bit AIFF, FLAC audio formats
The Milwaukee quartet’s third album, Crown Of Nothing, was largely constructed in the shadows, with little information of its creation being shared with the public. Frontman Nick Woods has a reason for that. “I feel like artists these days talk too much—myself included,” Woods remarks. “No one’s short on ideas, but very few put the work in to actually execute. So it was a deliberate choice to produce something and let the music do the talking this time around, instead of our collective ego.” The music of which Woods is referencing is his band’s new, 14-track collection Crown Of Nothing, which is Direct Hit’s most challenging, elaborate and downright catchy work to date—and it’s built around the idea that heaven and hell might very well be the same place. “Crown Of Nothing describes the relationship between a vengeful angel, put to death by a demon she then torments in the afterlife for eternity. Day after day, for an unknowable amount of time, he wakes up, meets her again, and is systematically tortured and dismembered before being stitched up by a ‘heavenly’ host of characters and made to endure the same treatment upon revival. He deserves the punishment, and she deserves her vengeance, if heaven is indeed a place where righteous existence and tragic death is met with divine reward. But she eventually finds herself asking how meaningful that reward is in the face of infinite time—and that existential crisis eventually gives the demon the upper hand. Crown Of Nothing is about how the angel finds meaning in the afterlife beyond her vengeance, comes to terms with anger, and ascends beyond our human perception of death.” - Nick Woods
44.1 kHz / 24-bit PCM – Fat Wreck Chords Studio Masters