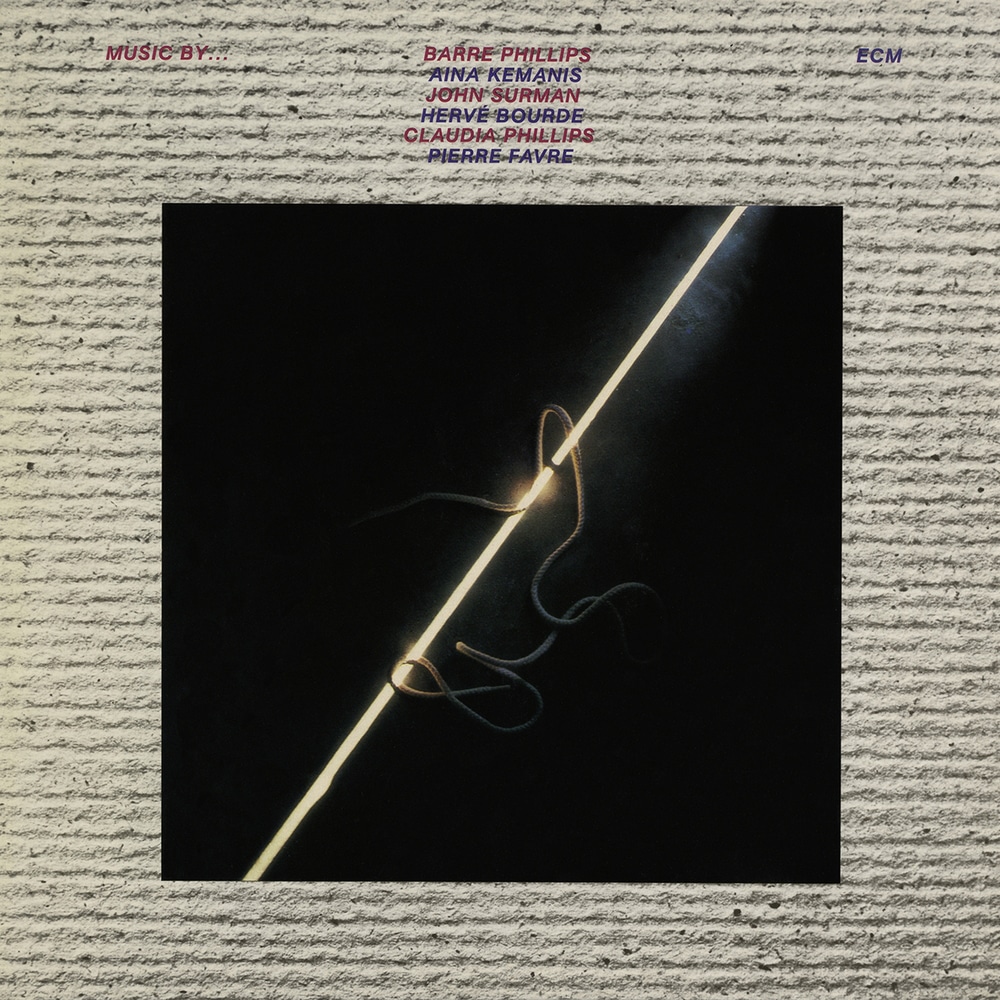 Available in 96 kHz / 24-bit AIFF, FLAC high resolution audio formats
Music by... was recorded and released in 1980 on ECM, and features Aina Kemanis and Claudia Phillips on voice, John Surman on saxophones and bass clarinet, Hervé Bourde on saxophones and flutes, and Pierre Favre on drums and percussion. The album is a collection of compositions by bassist Barre Phillips. Barre Phillips, who was born in 1934 in California but has lived in the south of France since the early 1970s, has been at the forefront of successive revolutions in improvised music. He initially followed an academic career to the age of 25, until one day, as he puts it, he “just flipped” and decided that he would pursue his passion for music “come hell or high water”. “I play everything based on what my ear suggests I play, with no objective editing. And my ear is fed by a pool of accumulated musical experiences stored in my memory, mental memory and muscle memory. My active role is to do the best I can to play on my instrument what my ear is suggesting.” - Barre Phillips
96 kHz / 24-bit PCM – ECM Records Studio Masters