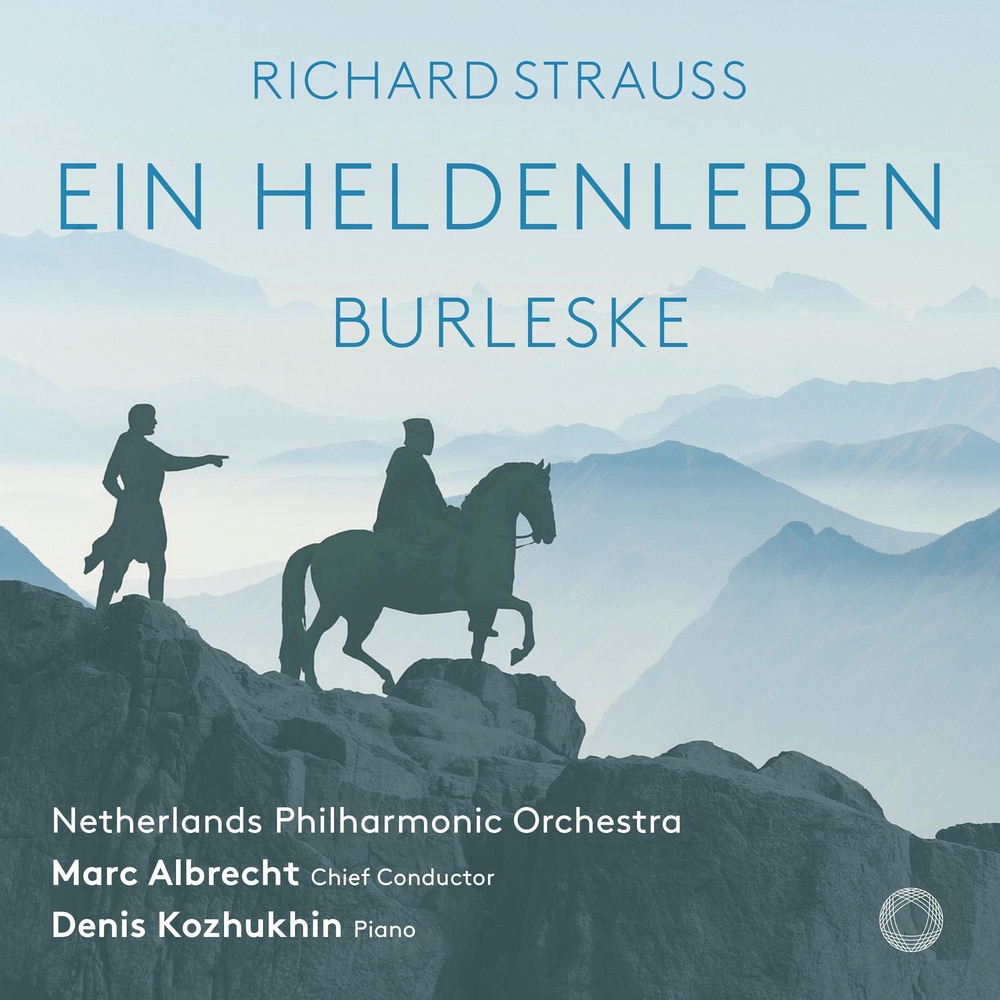 Available in 96 kHz / 24-bit AIFF, FLAC and 2.8224 MHz DSD high resolution audio formats
While starting his career adhering to Brahms’ “absolute” or “formalist” compositional approach, Richard Strauss rapidly turned into a staunch supporter of Wagner’s Zukunftsmusik, writing a series of iconoclast symphonic poems full of metaphysical allusions. This album features both sides of Strauss’s musical persona with the Burleske in D minor as well as Ein Heldenleben. While the former is a playful, miniature quasi concerto for piano and orchestra, the latter epitomises Strauss’s symphonic style: majestic, virtuosically orchestrated, full of grand ideas, but never without irony. In that respect, Ein Heldenleben has more in common with Burleske than one would expect. Strauss’ arguably satirical self-identification with the hero of his symphonic poem is underlined by recurrent self-quotations from previous compositions. The central role of the solo violin makes it another solo concerto in disguise, albeit less overtly than Burleske. These two remarkable pieces are performed by the Netherlands Philharmonic Orchestra and their chief conductor Marc Albrecht, with Denis Kozhukhin delivering the solo piano part in Burleske. All have an impressive track record at PENTATONE. Albrecht and the Netherlands Philharmonic Orchestra have released acclaimed albums such as Mahler Song Cycles with Alice Coote (2017) and Mahler’s Symphony No. 4 with Elizabeth Watts (2015). Kozhukhin has recorded piano concertos by Ravel and Gershwin (2018) as well as Tchaikovsky and Grieg (2016), and has been extensively praised for his Brahms Ballads & Fantasies solo album (2017).
96 kHz / 24-bit PCM and 2.8224 MHz DSD – PENTATONE Studio Masters