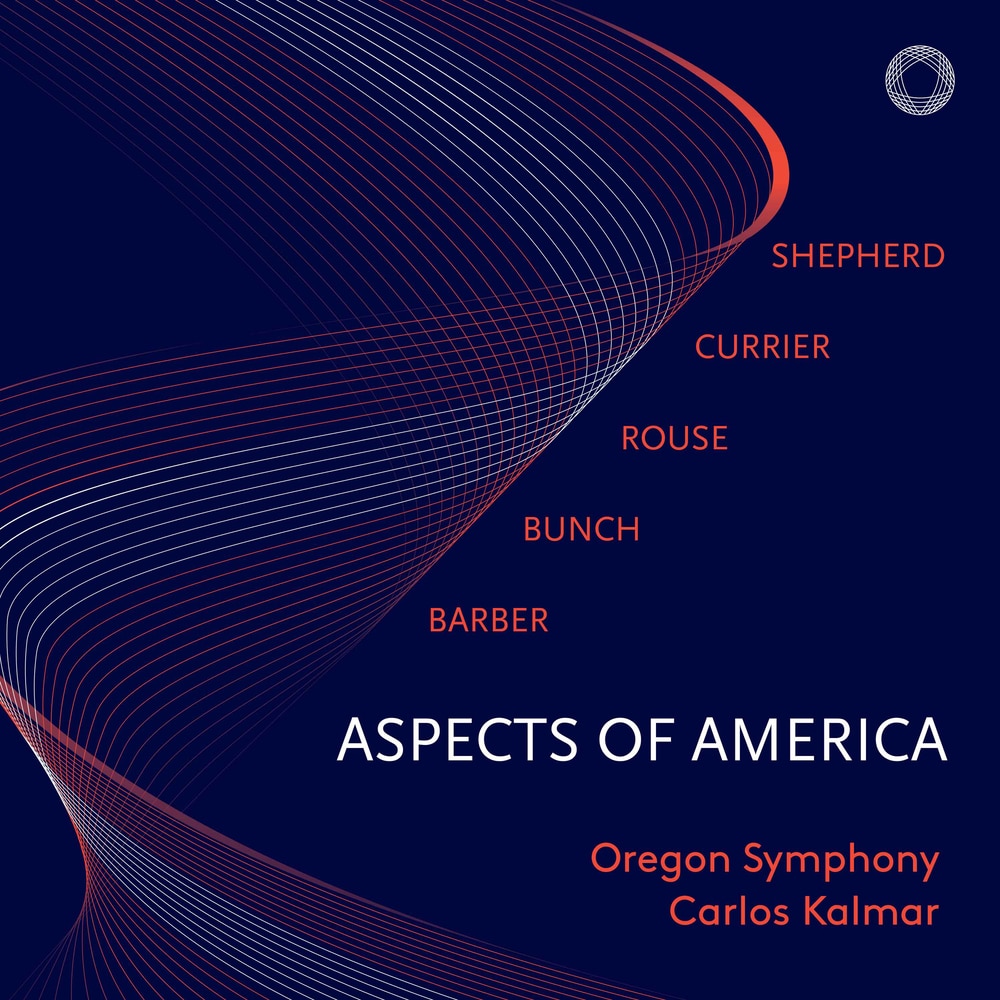 Aspects of America presents a fascinating collection of 20th- and 21st-century American orchestral music, ranging from “good old” Samuel Barber’s Souvenirs to pieces by esteemed living composers such as Sean Shepherd (Magiya), Sebastian Currier (Microsymph) and Christopher Rouse (Supplica).
Centerpiece of this album is Portland-based composer Kenji Bunch’s Aspects of an Elephant, inspired by the timeless parable of six men who try to discern the traits of an elephant in a pitchdark room, eventually discovering that only the sum of their perceptions encompasses the full truth. In a similar way, the pieces featured on this album constitute a rich panorama of the dynamism and diversity of contemporary American composition.

Bunch’s piece is dedicated to the members of the Oregon Symphony, who release their fifth album with PENTATONE, after Music for a Time of War (2011), This England (2012), Spirit of the American Range (2015) and Haydn Symphonies 53, 64 & 96 (2017). On Aspects of America, they again play under the spirited leadership of music director Carlos Kalmar.
96 kHz / 24-bit PCM and 2.8224 MHz DSD – PENTATONE Studio Masters