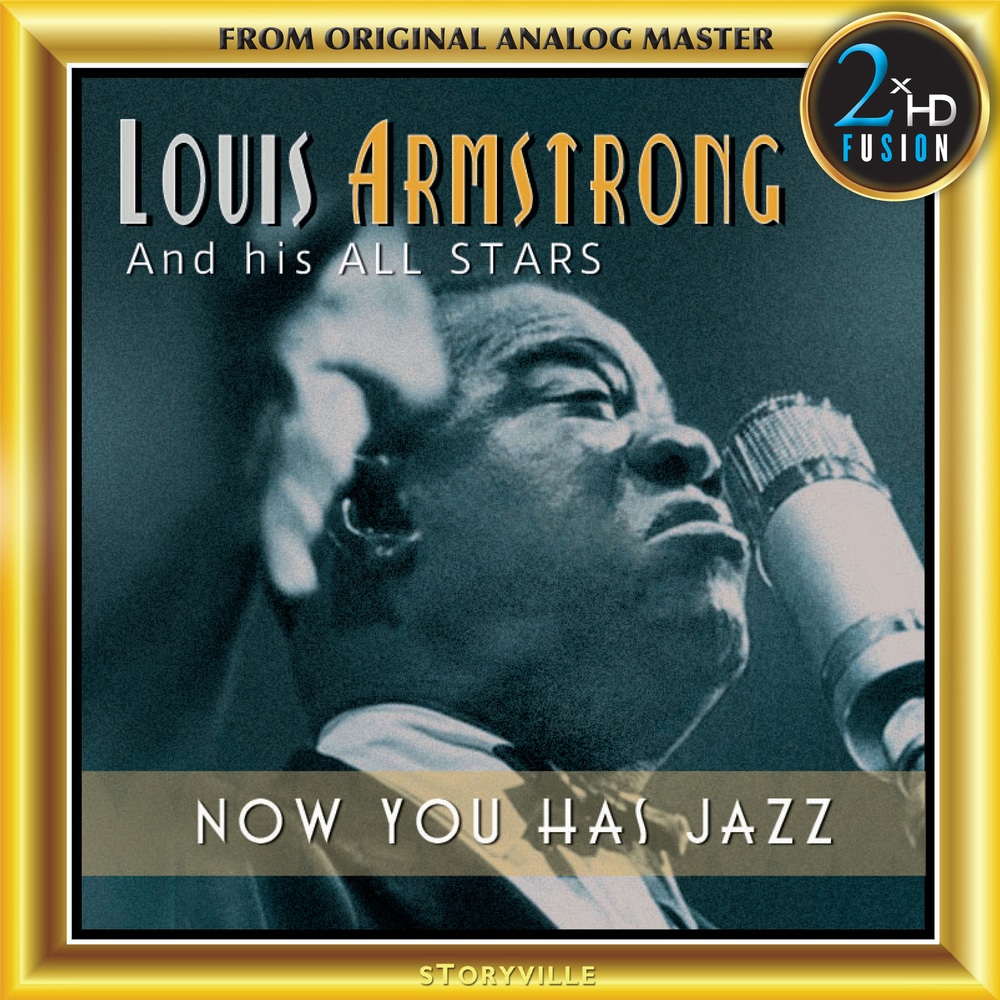 Now You Has Jazz

Louis Armstrong & His All Stars

Whether they called him “Satchmo” or simply the “man with the silver trumpet”, millions of people, from Mongolia to Munich, Milano and Mozambique, recognized the cherubic countenance, gravel voice, and high, rhythmic notes that bought thousands to greet him and hear him wherever he went – the magnetism was, at times, as awesome as his music could be. Louis Armstrong was one of the greatest musicians jazz ever produced, perhaps – and few, if any, will argue against this – the greatest.
192 kHz / 24-bit, 96 kHz / 24-bit PCM and 11.2896 MHz, 5.6448 MHz, 2.8224 MHz DSD – 2xHD - Storyville Records Studio Masters

The mastering chain consists of a selection of high-end vacuum tube equipment. For the recordings on this album, the original ¼” 15 ips CCIR master tapes were played on a Nagra-T tape recorder, modified with high-end tube playback electronics, wired with OCC silver cable from the playback head direct to a Nick Doshi tube head preamplifier. The Nagra T, with its four direct drive motors, two pinch rollers and a tape tension head, has one of the best transports ever made. A custom-built carbon fiber head block and a head damping electronic system permit 2xHD FUSION to obtain better resolution and 3D imaging.

The resulting signal is then transferred into high resolution formats by recording it in DSD 11.2 MHz using a Merging Technologies’ Horus A to D converter. All analog and digital cables that are used are state of the art. The 2xHD FUSION mastering system is powered by a super capacitor power supply, using a new technology that lowers the digital noise found in the lowest level of the spectrum. A vacuum tube NAGRA HDdac (DSD) is used as a reference digital playback converter in order to A and B with the original analog master tape, permitting the fusion of the warmth of analog with the refinement of digital.