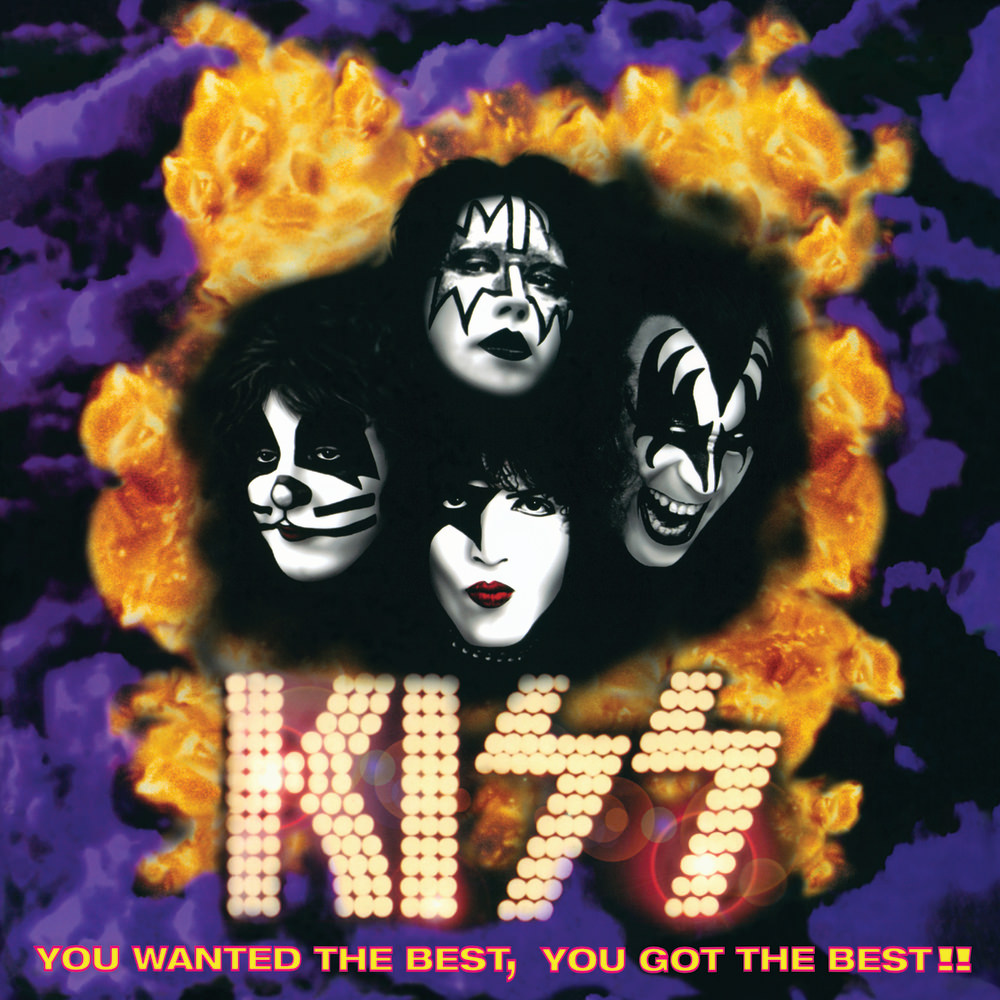 You Wanted The Best, You Got The Best (Live)

Available in 192 kHz / 24-bit, 96 kHz / 24-bit AIFF, FLAC high resolution audio formats
This collection of live greatest hits recycles several songs from Kiss's two classic 1970s live packages Alive! and Alive II and includes four previously-unreleased live recordings. Despite the repetition of songs, this package charted well and was certified platinum in the US in less than a year. The final track here is a 17 minute interview with the band by talk show host Jay Leno. Much like the Greatest Kiss compilation, both albums were released to promote the band's 1996 - 1997 reunion world tour.
192 kHz / 24-bit, 96 kHz / 24-bit PCM – UMe Direct 2 Studio Masters