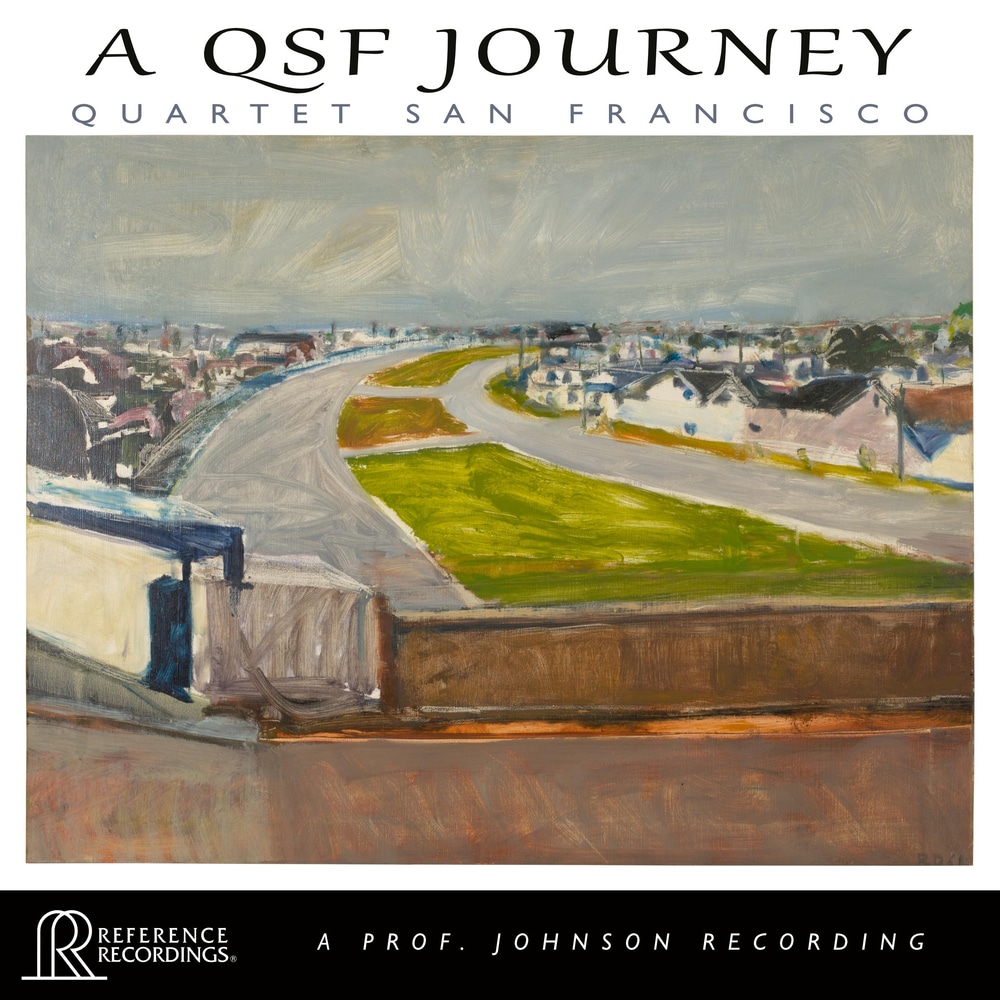 Available in 176.4 kHz / 24-bit, 88.2 kHz / 24-bit AIFF, FLAC high resolution audio formats
Founded in 2001 by violinist and composer Jeremy Cohen, Quartet San Francisco expresses itself in its agility and standout virtuosic playing. These crossover specialists excel in multiple styles, from jazz to tango, pop to funk, blues to bluegrass, gypsy swing to big band and beyond. On this new release they invite you to join in their journey into the chamber music of the 21st century. The twelve tracks on the album include nine written or arranged by Cohen. Seven are world premieres, and another three are world premieres in string quartet form! These outstanding performances have been captured in natural, uncompromising audiophile sound by Reference Recordings’ own award-winning engineering team: Keith O. Johnson and Sean Royce Martin. A QSF Journey was recorded May 2018 at Skywalker Sound in Marin County, California. A QSF Journey is Quartet San Francisco’s first release on the Reference Recordings label. QSF’s last four releases (2013, 2009, 2007 and 2006) garnered three Grammy® nominations for Best Classical Crossover; three for Best Engineered Classical (Leslie Ann Jones and Judy Kirchner); and two for Best Instrumental Composition. In 2004 the group won the Argentine Consulate’s International Tango Competition in New York City.
176.4 kHz / 24-bit, 88.2 kHz / 24-bit PCM – Reference Recordings Studio Masters