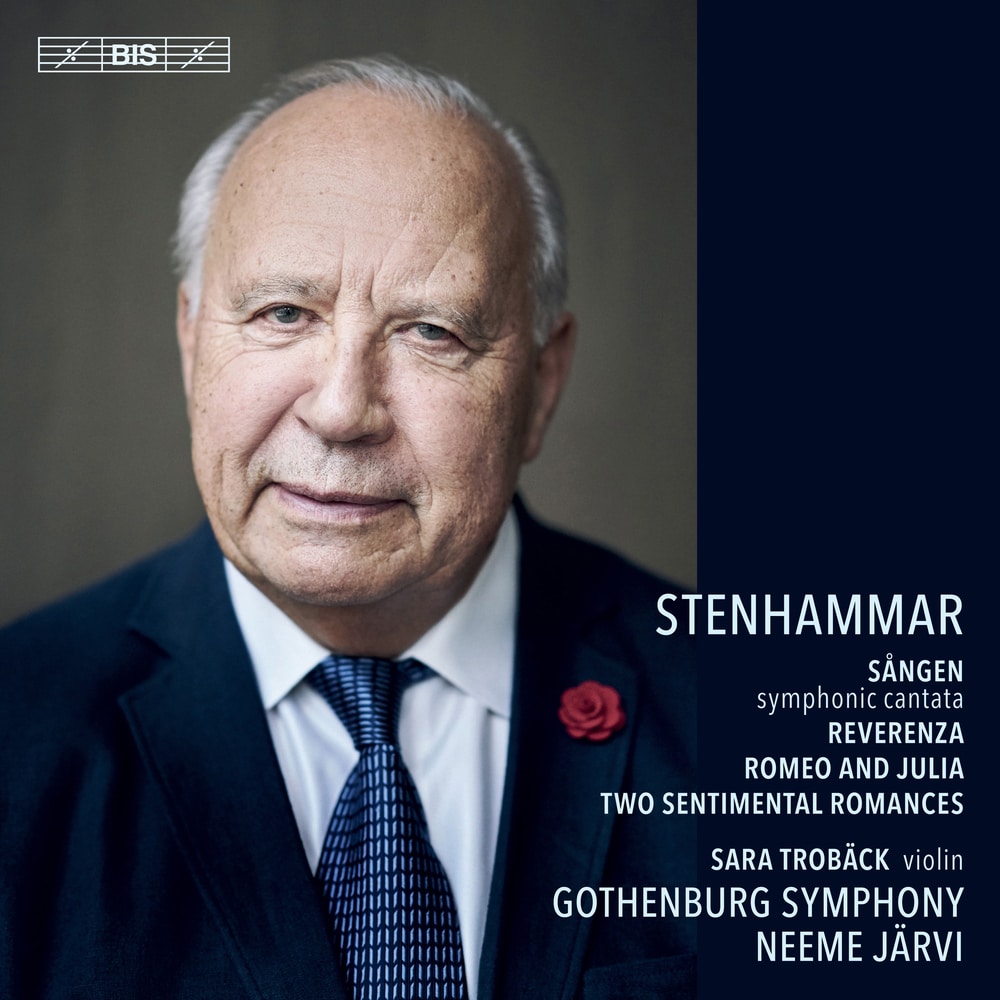 Available in 96 kHz / 24-bit AIFF, FLAC high resolution audio formats
The collaboration between Gothenburg Symphony, Neeme Järvi and BIS began in 1982 with the recording of Wilhelm Stenhammar’s First Symphony, originally released on vinyl and then re-released on CD in 1986. By that time, Neeme Järvi and the orchestra had already started on the many Sibelius recordings that would contribute to the team’s rise to fame. In total, the orchestra and Järvi would go on to record some 45 discs for BIS, including several with music by Stenhammar. It would however take until 2018 – 36 years after that first disc – before the opportunity arose to record that late, great work of his – the symphonic cantata Sången (The Song) for four vocal soloists, mixed choir, children’s choir and large orchestra. Because of the large forces involved, Sången is a rarity in the concert hall as well as on recorfd – there has only been one previous commercial recording, made in 1988. As might be expected there was a sense of occasion in the Gothenburg Concert Hall during the concert and recording of this all-Stenhammar programme – a sense of occasion that audibly comes across in this present album. Also included are the well-loved Two Sentimental Romances for violin and orchestra with the orchestra’s eminent leader Sara Trobäck as soloist and the rarely heard suite from the music to Shakespeare’s Romeo and Juliet.
96 kHz / 24-bit PCM – BIS Records Studio Masters