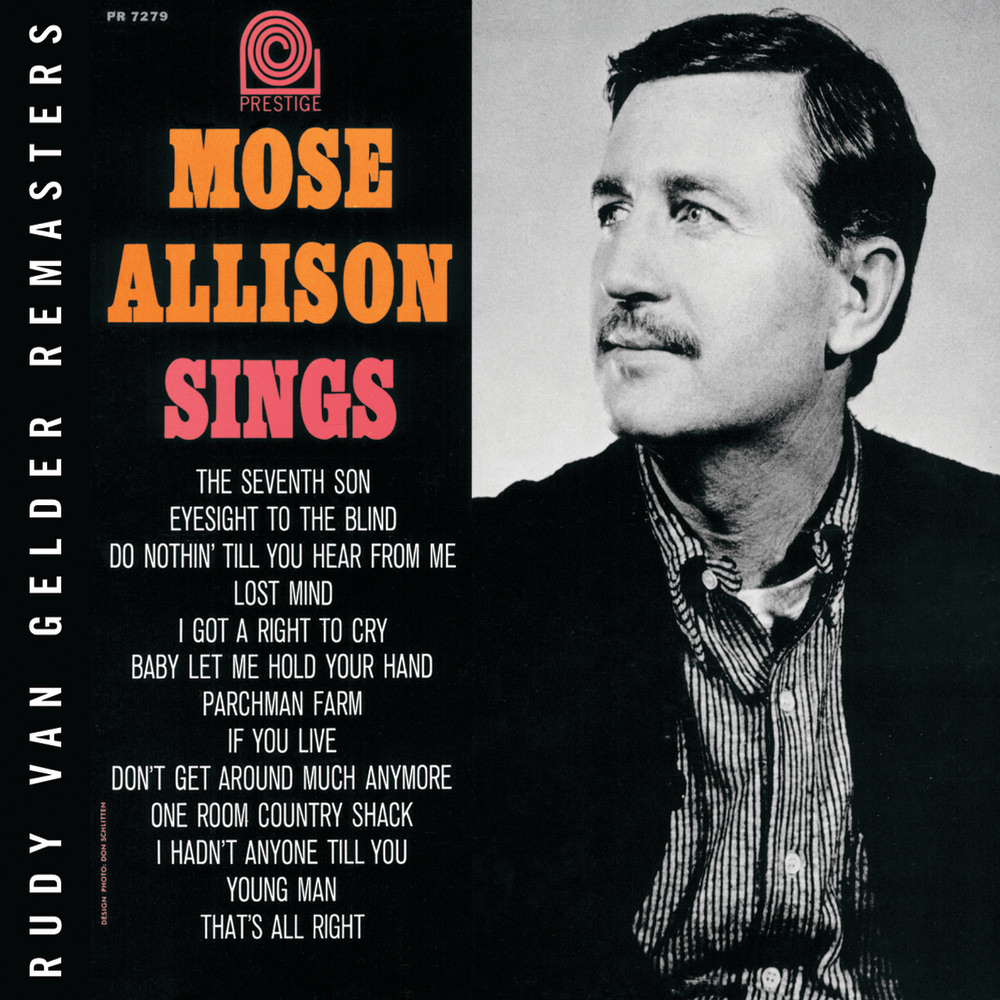 Available in 44.1 kHz / 24-bit AIFF, FLAC audio formats
"The most compelling reason to reexamine an old album stems from the recognition that there may be much we either have forgotten or did not properly appreciate the first time. Mose Allison Sings reminds us how true that can be. Allison's range and his seemingly effortless ability to balance it is evident here." - All About Jazz On the six memorable albums he recorded for Prestige in the late 1950s, Mose Allison presented himself as a piano player who occasionally sang and played trumpet. What really caught the public’s attention and made him an influential crossover artist, however, were Allison’s sly down-home vocals on blues classics and the clever lyrics of his originals. All of his vocal work for Prestige is collected here, enhanced with three bonus songs.
44.1 kHz / 24-bit PCM – Prestige Studio Masters