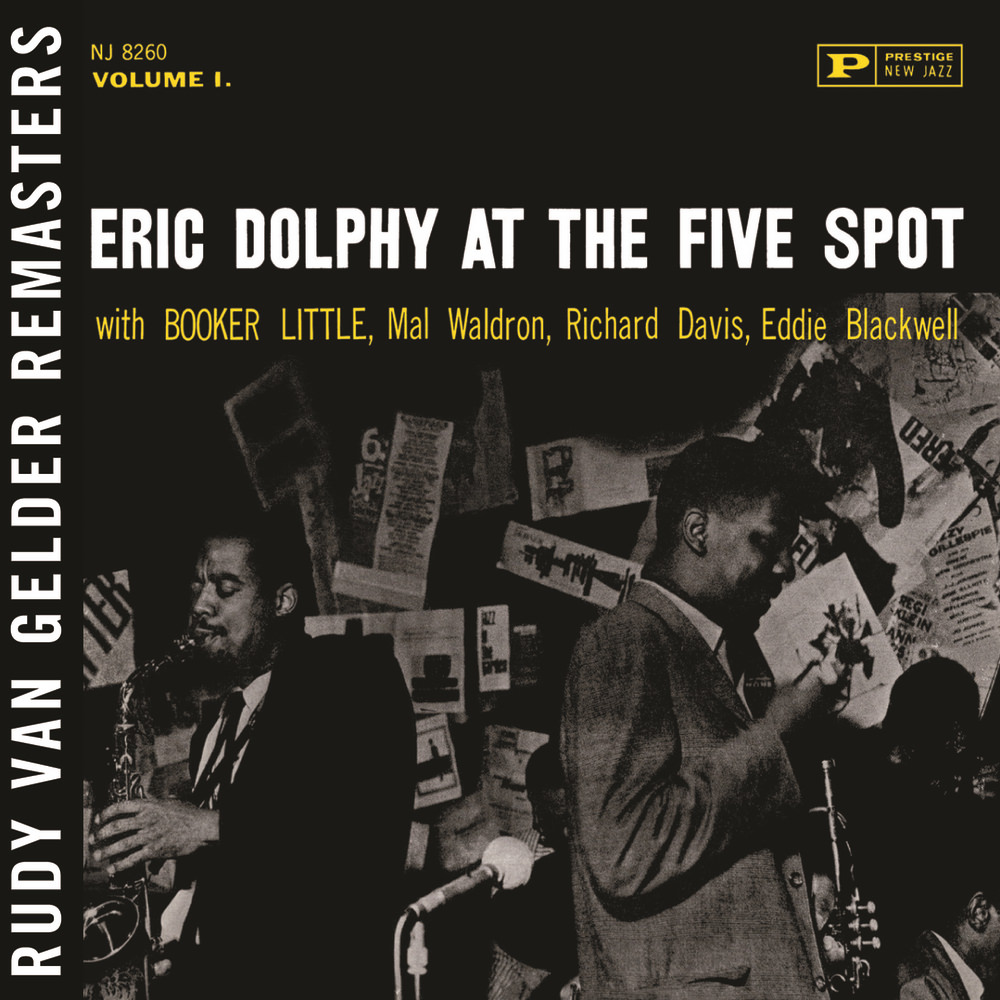 "The music from this set is tight, mildly dissonant hard bop that in fact sounds much more 'inside' than contemporaneous dates from Waldron, Max Roach or Booker Ervin.
- All About Jazz

This classic live jazz recording documents the first of three sets played one night in July 1961 by the Eric Dolphy/Booker Little quintet during a two week stint at the Five Spot in New York City. (Additional performances recorded that same night have been released on separate volumes.) The quintet, featuring pianist Mal Waldron, bassist Richard Davis and drummer Ed Blackwell, really gets the chance to stretch out on these extended tunes. Captures what may have been Dolphy's finest group ever, as well as one of that era's best working bands. Sadly, it was short-lived as Little died less than three months later. This reissue includes an alternate take of Bee Vamp as a bonus track.
44.1 kHz / 24-bit PCM – Prestige Studio Masters