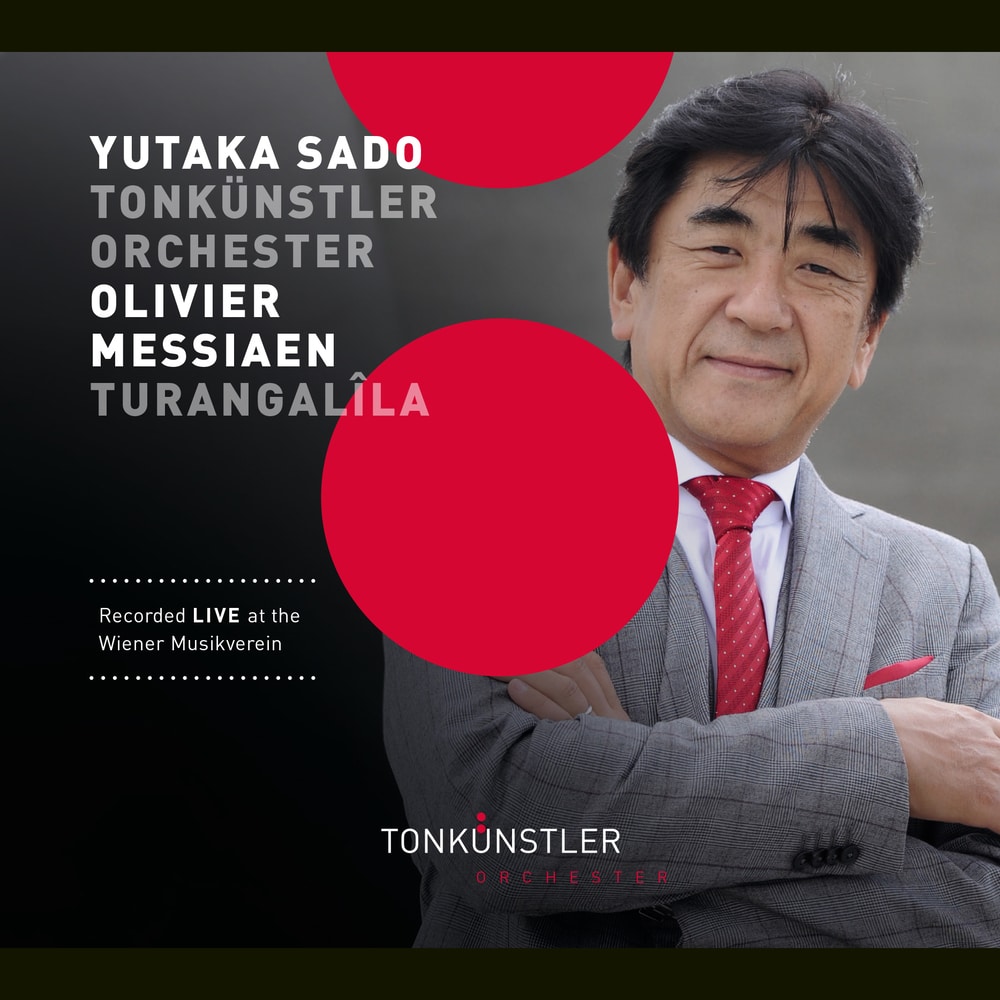 Available in 48 kHz / 24-bit AIFF, FLAC audio formats
The composer Olivier Messiaen’s approximate definition of the ancient Indian word Turangalîla was "at once love song, hymn to joy, time, movement, rhythm, life and death". He was a mystic of ecstasy, who could hear colours and see sounds; an ornithologist who set birds’ songs of praise to music; an avant-garde pioneer who was the first to make serial music possible; a Catholic inspired by unshakeable faith; a gifted teacher – and his works dazzle just like his artistic personality. This connects him with Leonard Bernstein, the lodestar of the Tonkunstler Orchestra in 2017-18. What more powerful and thrilling opening to the season, then, than Messiaen’s Turangalîla Symphony, whose premiere Bernstein conducted in Boston in 1949. Music Director Yutaka Sado, once Bernstein’s student, and the Tonkunstler Orchestrastage this monumental love song, one of the most important as well as popular works of the 20th century, a hymn to music and the loving human heart.
48 kHz / 24-bit PCM – Tonkunstler Orchestra Studio Masters