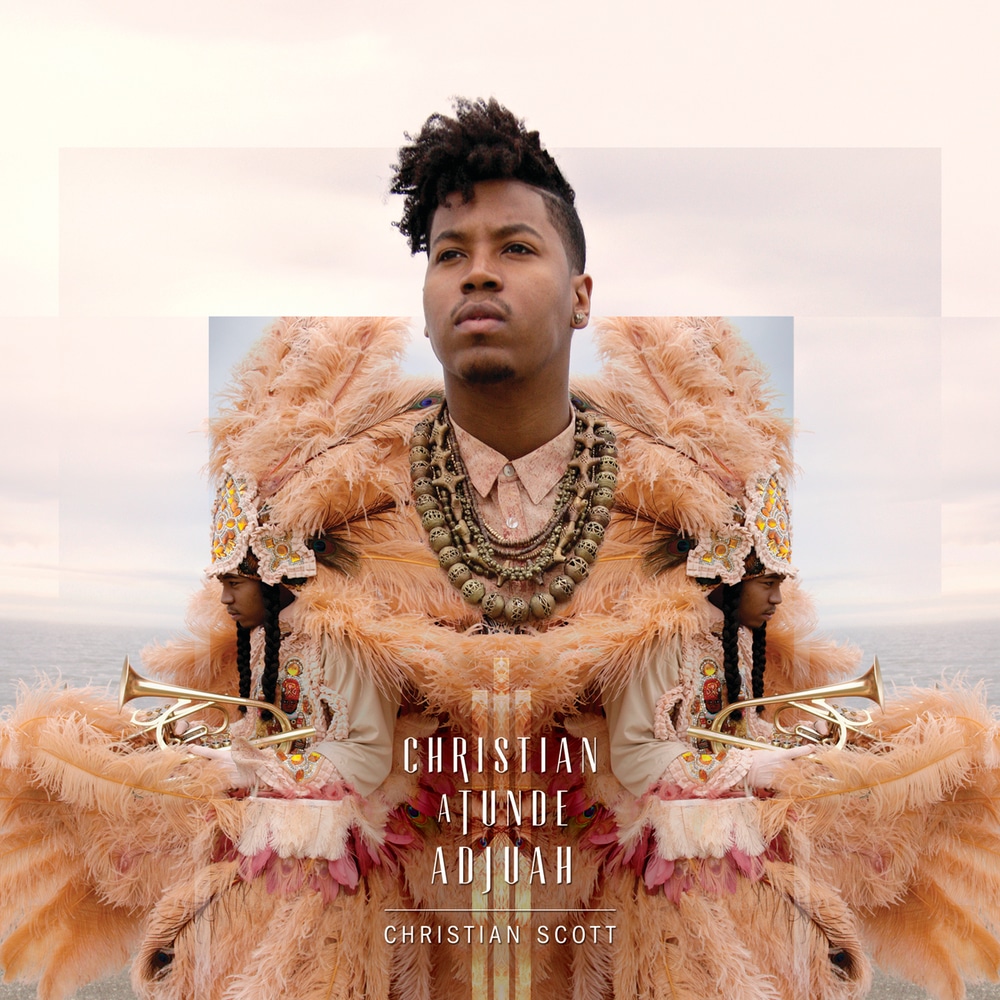 Available in 88.2 kHz / 24-bit AIFF, FLAC high resolution audio formats
An intrepid explorer, Scott ups the ante on his double album Christian aTunde Adjuah, continuing to delve into uncharted jazz territory. Scott’s band consists of guitarist Matthew Stevens, drummer Jamire Williams, bassist Kris Funn and pianist Lawrence Fields (whose piano sound is often spiced for effect by using paper on the instrument’s strings). Scott also recruited guests tenor saxophonist Kenneth Whalum III, alto saxophonist Louis Fouche IIII, and trombonist Corey King. Christian aTunde Adjuah is arguably the most personal project to date for the young artist, reflected in the album title, Christian aTunde Adjuah— the artist’s new name, and the album cover — a photo of the Scott in the traditional attire of his culture the Black Indians of New Orleans. A tour de force masterwork, Christian aTunde Adjuah opens a wide window on Scott’s present-as well as his past (especially in reaction to the jazz trads complaining about his breaking free from the jazz standard) and his auspicious creative future. In his liners, Scott writes that the listener will hear on the album: "... a stretching of jazz, not a replacement. That is what I hope younger people will be able to take away from it as well-the idea that innovation should never be regarded as a problem in artistic practice, that one should always be aware of what has come before, and finally, that criticisms shouldn’t evoke paralysis, [but] should inspire action."
88.2 kHz / 24-bit PCM – Concord Records Studio Masters