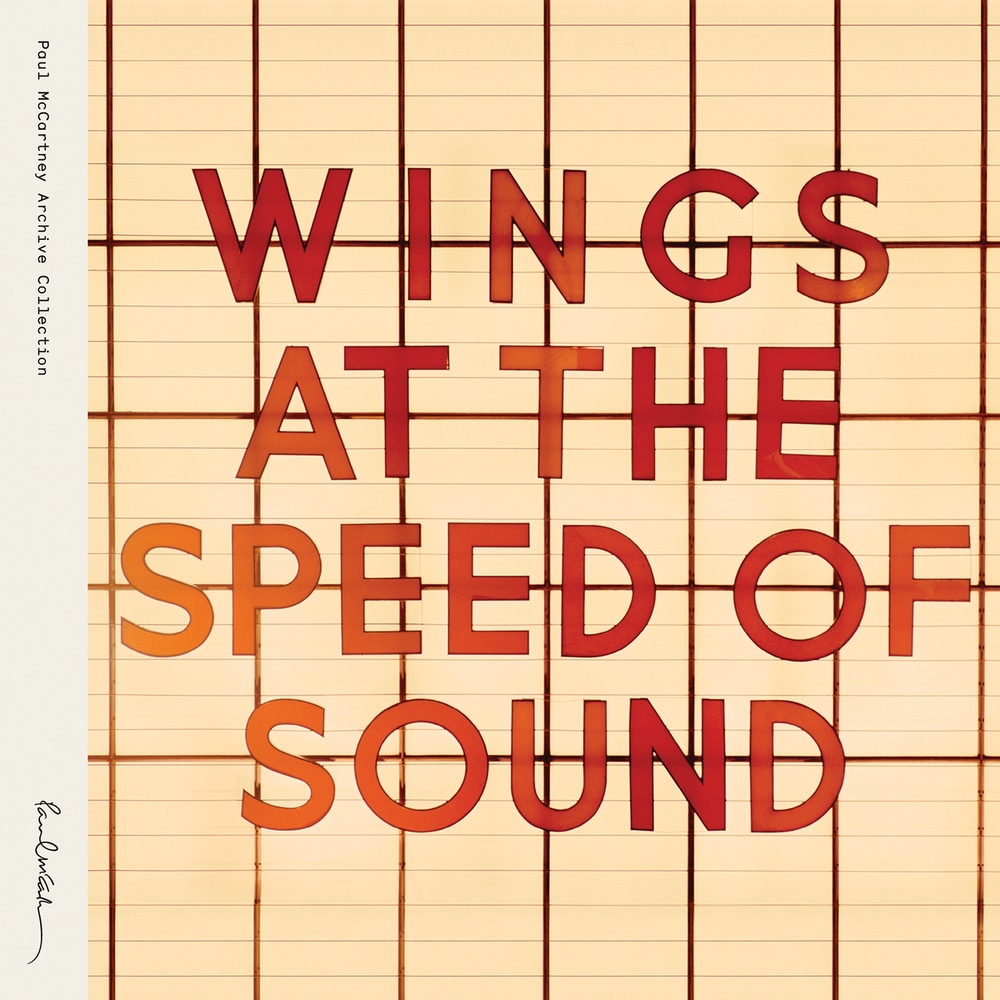 At The Speed Of Sound

Available in 96 kHz / 24-bit AIFF, FLAC high resolution audio formats
Billboard 200 - #1, 1976 Billboard Hot 100 - #1, 1976 - Silly Love Songs "... he's at full strength on the impassioned Beware My Love ... Let 'Em In and Silly Love Songs are charming ... She's My Baby sounds like an outtake from the White Album by the Beatles. B-." - Robert Christgau At The Speed Of Sound, released in March 1976, enjoyed the same chart success as its predecessor Venus And Mars: another US number one hit album and another number one hit single with Silly Love Songs. The album went on to become McCartney's most successful American album, spending seven weeks at number one. In the UK it peaked at number two, narrowly missing out on the top spot. McCartney personally supervised all aspects of each reissue and remastering work was done at Abbey Road by the same team that worked on all the reissues as well as the Beatles catalogue.
96 kHz / 24-bit PCM – 2605/Hear Music Studio Masters