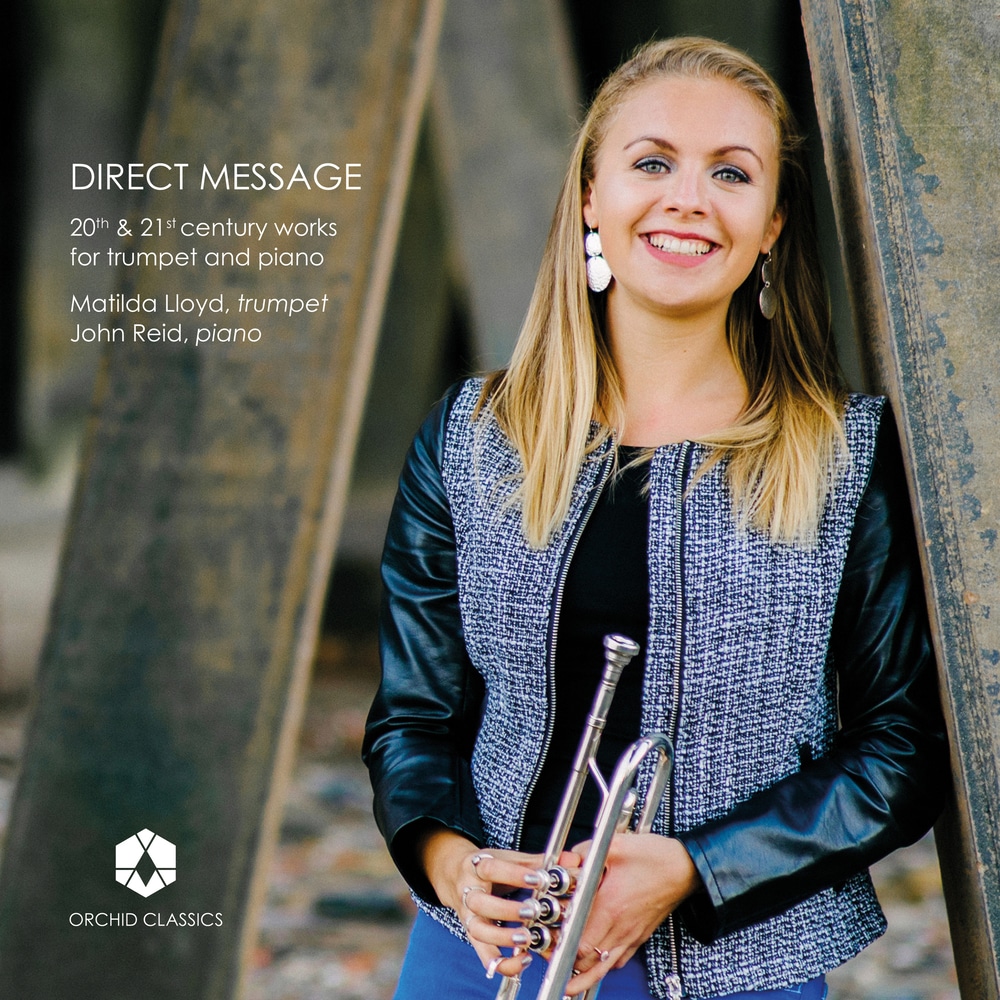 Matilda Lloyd is a rising star in the trumpet world. Here, she boldly displays all the sides of the trumpet - from lyrical to virtuosic, experimental to technical. Listeners take an exciting and interesting journey through a variety of works for trumpet and piano.

The album features the world premiere recordings of Giles Swayne’s Sangre Viva and Deborah Pritchard’s Seven Halts on the Somme, as well as the first ever recording of a new commission by composer Alex Woolf entitled Direct Message. We are also treated to the revival of forgotten works from the 20th and 21st centuries by Jacques Castérède and Raymond Gallois Montbrun, alongside staples of the trumpet repertoire such as Enescu’s Légende and Peter Maxwell Davies' impressive showpiece, Sonata for Trumpet and Piano Op.1.
96 kHz / 24-bit PCM – Orchid Classics Studio Masters