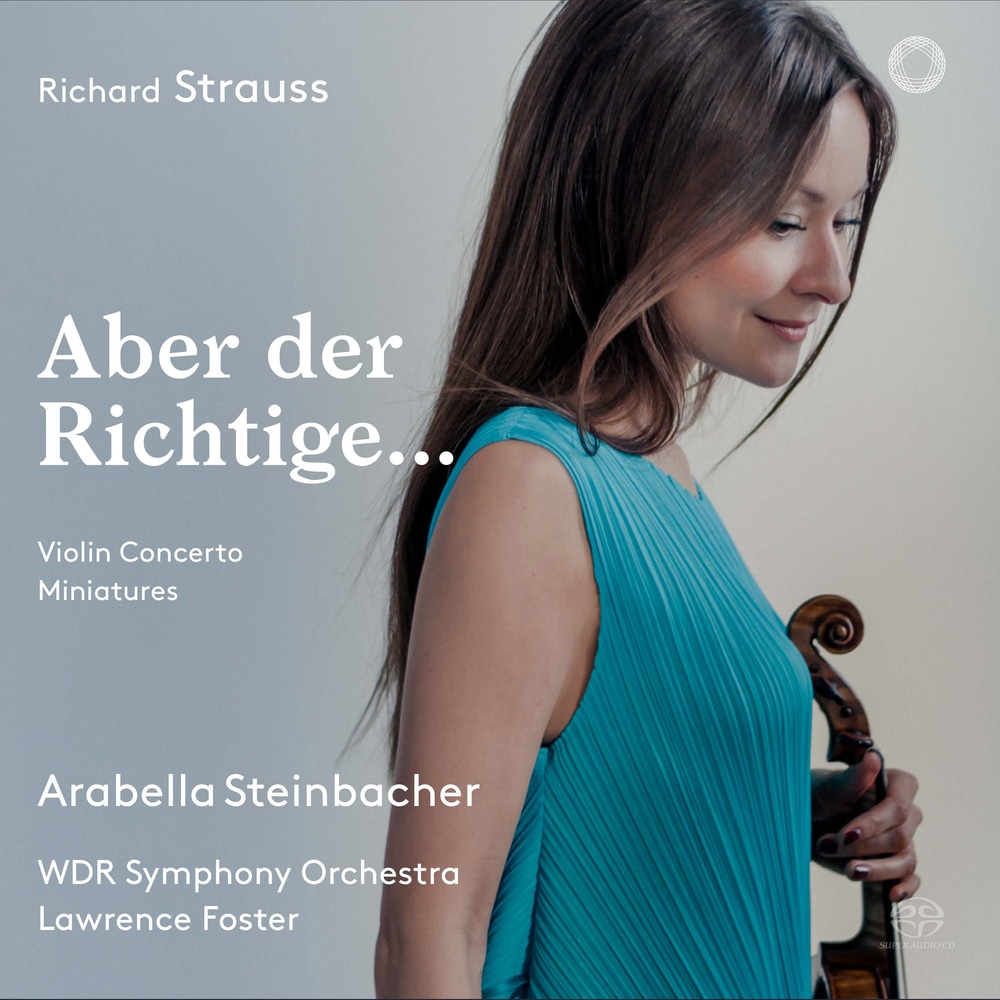 Available in 48 kHz / 24-bit AIFF, FLAC audio formats
This album is violinist Arabella Steinbacher’s tribute to the favourite composer of her family household. The music of Richard Strauss has played a crucial role throughout her life. As great Strauss lovers, her parents named her after the main character of Strauss’ opera Arabella, and the family house was filled with Strauss melodies, often sung live by famous singers accompanied by Steinbacher’s father, who was a solo- répétiteur at the Bavarian State Opera in Munich. The album starts with a piece that Strauss originally conceived for violin and orchestra, the rarely-performed Violin Concerto in D minor, composed when he was still a teenager. Two other early instrumental works – the Romanze (usually performed by cello and orchestra) and Scherzino (an arrangement of an early piano piece) – are also featured on this album. The rest of the repertoire consists of famous Strauss songs (Zueignung, Wiegenlied, Traum durch die Dämmerung, Cäcilie), “sung” on Steinbacher’s violin. The apotheosis of this highly personal programme is Steinbacher’s rendition of “Aber der Richtige…”, the celestial duet from Arabella. Arabella Steinbacher, a multiple award- winner with an extensive PENTATONE discography, is accompanied by the WDR Symphony Orchestra, conducted by Lawrence Foster.
48 kHz / 24-bit PCM – PENTATONE Studio Masters