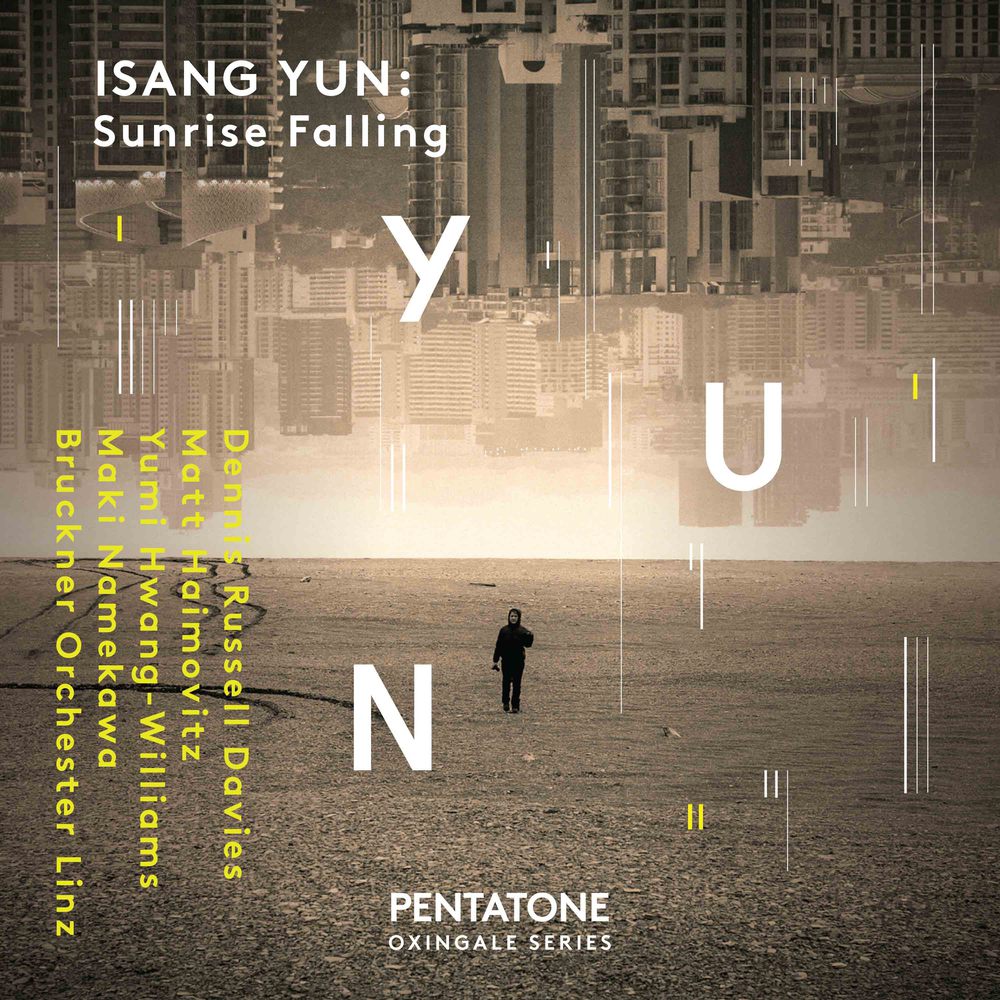 Available in 96 kHz / 24-bit AIFF, FLAC high resolution audio formats
Uncompromising in his life as he was in his music, Korean composer Isang Yun (1917–95) held fast to his dream of a united Korea, even as he was unjustly accused of espionage for North Korea and sentenced to imprisonment and death. From a life of unimaginable oppression and torture emerges music of raw emotional power, heard on Isang Yun: Sunrise Falling, a centennial commemoration of Yun’s life and music from the Pentatone Oxingale Series. Maestro Dennis Russell Davies, a longtime collaborator and advocate for Yun, curates the program and conducts the Bruckner Orchestra Linz. A cellist himself, Yun’s fascinating, highly autobiographical Concerto for Violoncello and Orchestra (1975/76) anchors the album. In a live performance, cellist Matt Haimovitz tackles the controlled chaos of Yun’s score, bursting with passion, despair, and new timbral textures, such as the use of a plectrum to emulate the Korean zither, the kŏmun’go. Yun’s Concerto for Violin and Orchestra No. 1 (1981) features violinist Yumi Hwang-Williams, who reflects upon her own emotional return to Korea in 2015, where she performed the work at a Festival in honor of Yun. The double album also includes the orchestral Fanfare & Memorial, and additional illuminating solo works by Yun performed by pianist Maki Namekawa, Hwang-Williams, and Haimovitz. 100 years after Isang Yun’s birth, the two Koreas still teeter on a razor’s edge, with ever more global ramifications. His music opens the gate to a lost, united land, with Yun’s own heart bleeding but ever hopeful.
96 kHz / 24-bit PCM – PENTATONE Studio Masters