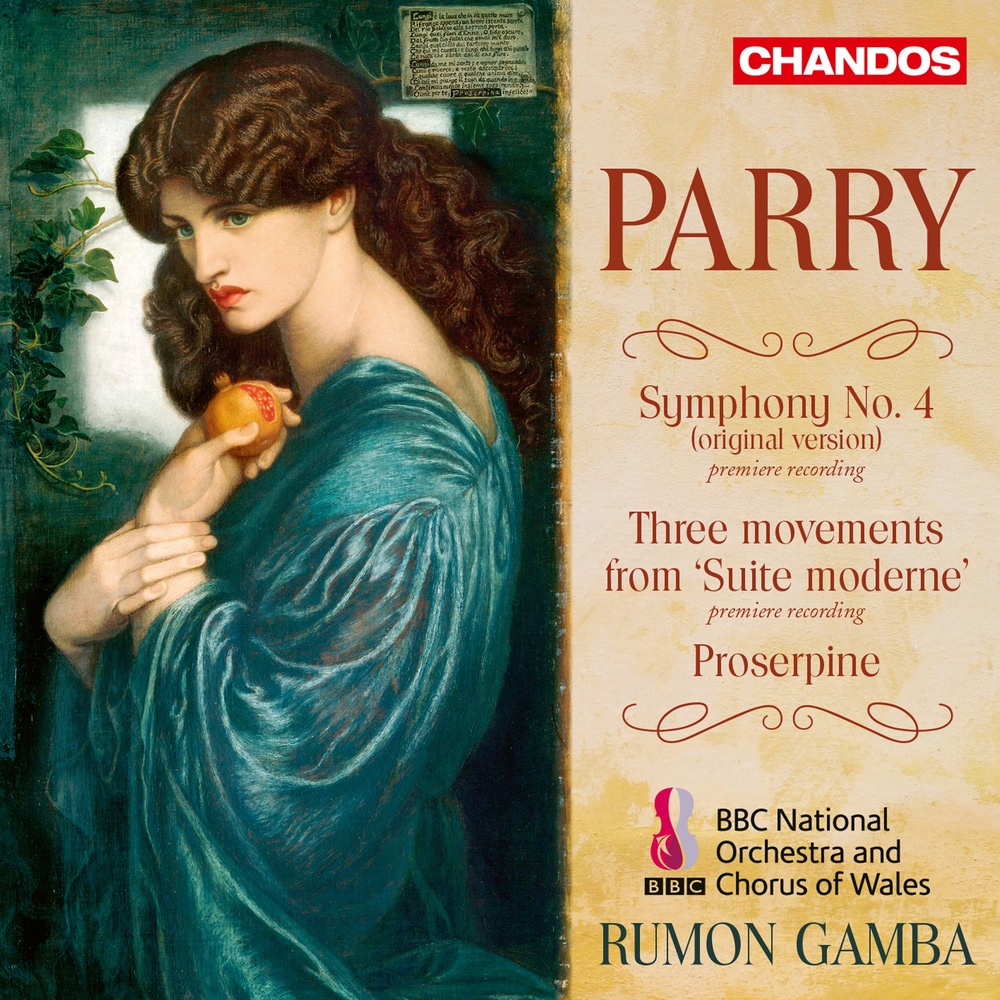 To commemorate the centenary of Parry’s death, Rumon Gamba and the BBC National Orchestra of Wales offer this rare album of major works never recorded before, at the centre of which stands the original version of Symphony No. 4.

These works highlight Parry’s skills as an orchestrator to supreme effect, the music full of attractive thematic invention, the scores wonderfully expansive, the canvas more intellectual, the many ideas more bold and passionate. The works prove to be a much severer challenge for the musicians but are here masterfully tackled thanks to both orchestra and conductor’s experience performing forgotten or unpublished British repertoire.

The Suite moderne was written for the Three Choirs Festival. Despite its popularity, the work remained unpublished at Parry’s death and is performed here in a new edition by Jeremy Dibble.

The album is completed by Parry’s one and only ballet score, Proserpine. A triptych in miniature, the colourful score is full of great delicacy
96 kHz / 24-bit PCM – Chandos Studio Masters