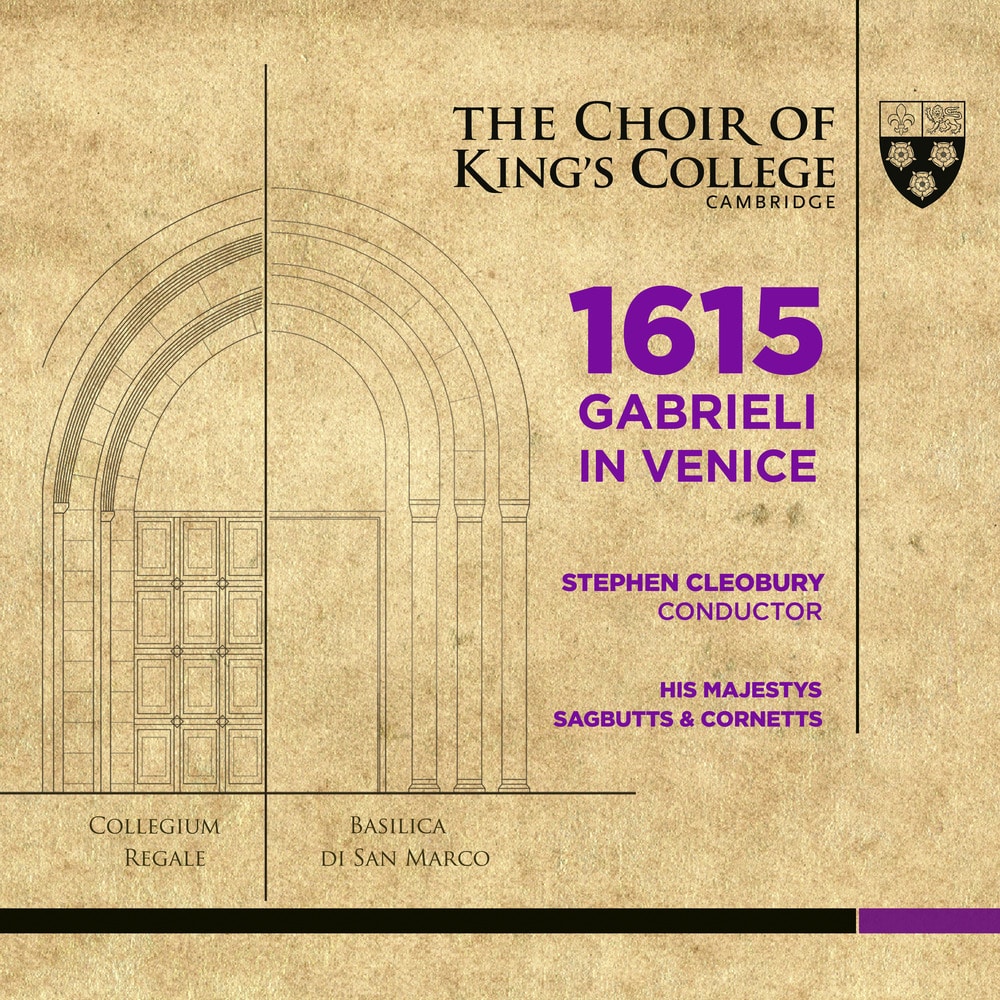 Available in 96 kHz / 24-bit AIFF, FLAC high resolution audio formats
This recording pays homage to one of the most influential musicians of the Venetian Renaissance from within one of the great buildings of the English Renaissance. Much of Giovanni Gabrieli's music was composed for grand ceremonial occasions. 2015 marked not just the 400th anniversary of the publication of this collection of works from 1615, but also the 500th anniversary of the completion of King's College Chapel. As well as being principal organist at St Mark's Basilica, Gabrieli was a prolific composer of sacred vocal and instrumental music. The early brass ensembles for which Gabrieli composed are no longer to be found performing in St Mark's Basilica, but this tradition is alive and well in Cambridge: the Choir is joined by His Majestys Sagbutts & Cornetts playing faithful recreations of instruments from Gabrieli's time.
96 kHz / 24-bit PCM – Kings College Cambridge Studio Masters