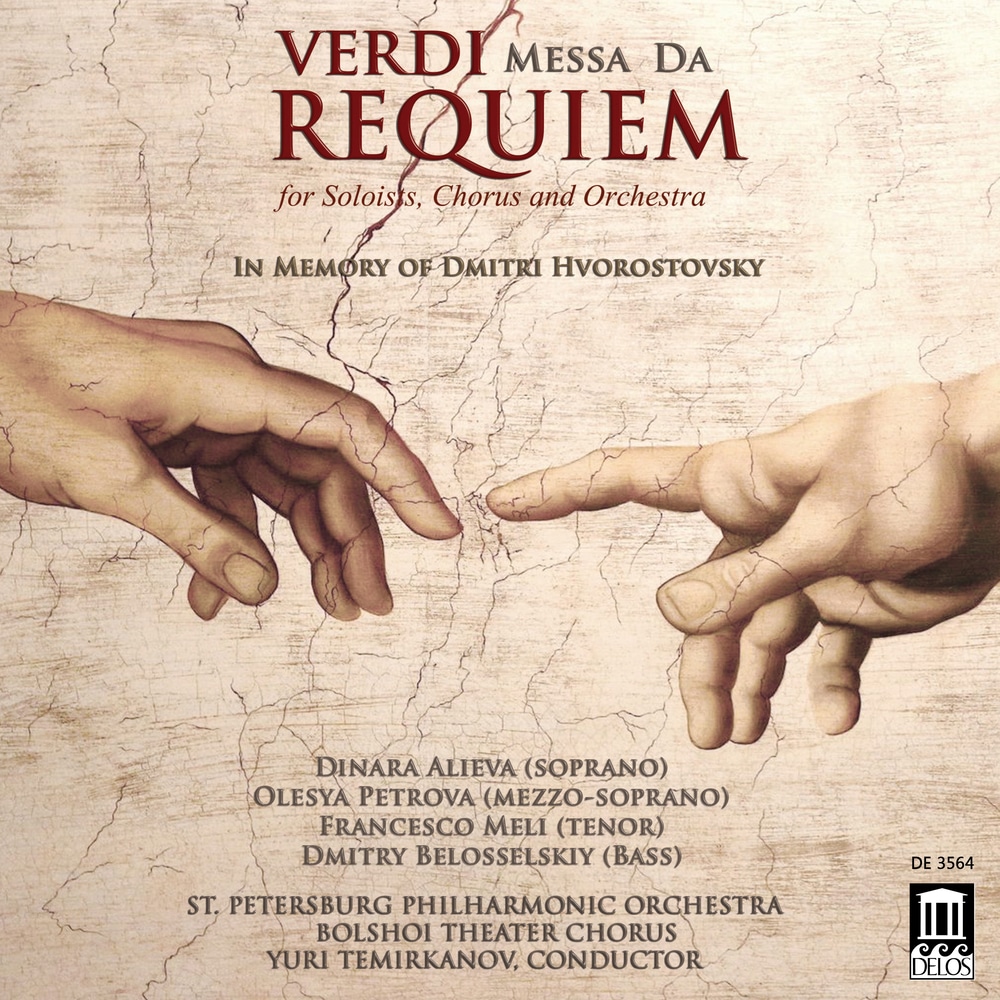 On December 19, 2017, more than 200 musicians came together in St. Petersburg for a heartfelt and moving musical memorial to one of our era’s greatest baritones, Dmitri Hvorostovsky. In a stunning performance of Verdi’s "Requiem", the musicians revealed the emotional depth and resplendent beauty of this colossal masterpiece.

Fortunately, the dramatic performance was captured on audio and is available today from Delos!

The all-star cast of soloists—soprano Dinara Alieva, mezzo-soprano Olesya Petrova, tenor Francesco Meli and bass Dmitry Belosselskiy—sing their hearts out for Dmitri, under the baton of the vaunted Maestro Yuri Temirkanov leading the St. Petersburg Philharmonic Orchestra and the Bolshoi Theater Chorus. The result is an incredibly heartfelt and moving musical tribute to one of the greatest baritones who has ever lived.
96 kHz / 24-bit PCM – Delos Studio Masters