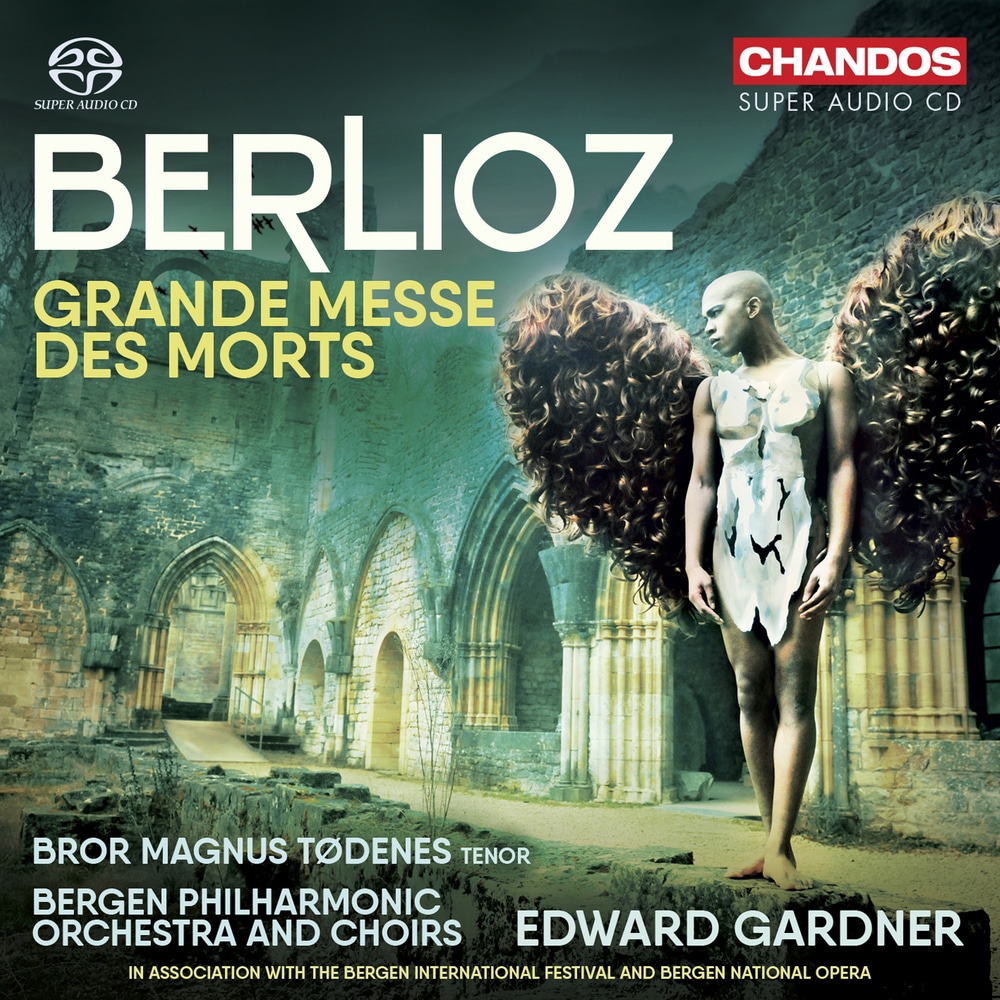 Available in 96 kHz / 24-bit AIFF, FLAC high resolution audio formats
“… it is Gardner’s handling of the quieter movements , with their often sparse textures and archaic polyphony, that marks his performance as something special. While taking care never to let the music flag, he finds a poetry and sensitivity to Berlioz’s often strange musical language that is deeply moving without ever cloying. It’s a reading steeped in feeling for the early Romantic soundworld that Berlioz helped to establish, and Gardner restrains the strings from excessive vibrato to maximise expressive effect. To sample some of the most exquisite sounds, try the opening of the ‘Hostias’ or ‘Agnus Dei’… one of the most thoughtful and compelling accounts of the Grande Messe des morts in the catalogue. A huge achievement!” - Europadisc.co.uk With this stunning recording of Berlioz’s Requiem, Edward Gardner and the Bergen Philharmonic Orchestra tackle the infinite and the immeasurable. All the grandiose, striking beauty of the Requiem’s large-scale ceremonial is encapsulated by first-class vocal and orchestral forces, fully utilising the spatial possibilities of Grieghallen in Bergen. The matching of space and sonority was one of Berlioz’s lasting obsessions, one experience in St Paul’s Cathedral in London throwing Berlioz into a delirium of emotion from which he took days to recover. His "Grande Messe des morts", notorious for its requirement of four brass bands in addition to a large orchestra and chorus, taken here from live concerts, has often been seen as one of the most emotionally powerful works of its kind. Setting a solemn and austere, even ascetic text, the music is not that of an orthodox believer but of a visionary, inspired by the dramatic implications of death and judgement.
96 kHz / 24-bit PCM – Chandos Studio Masters