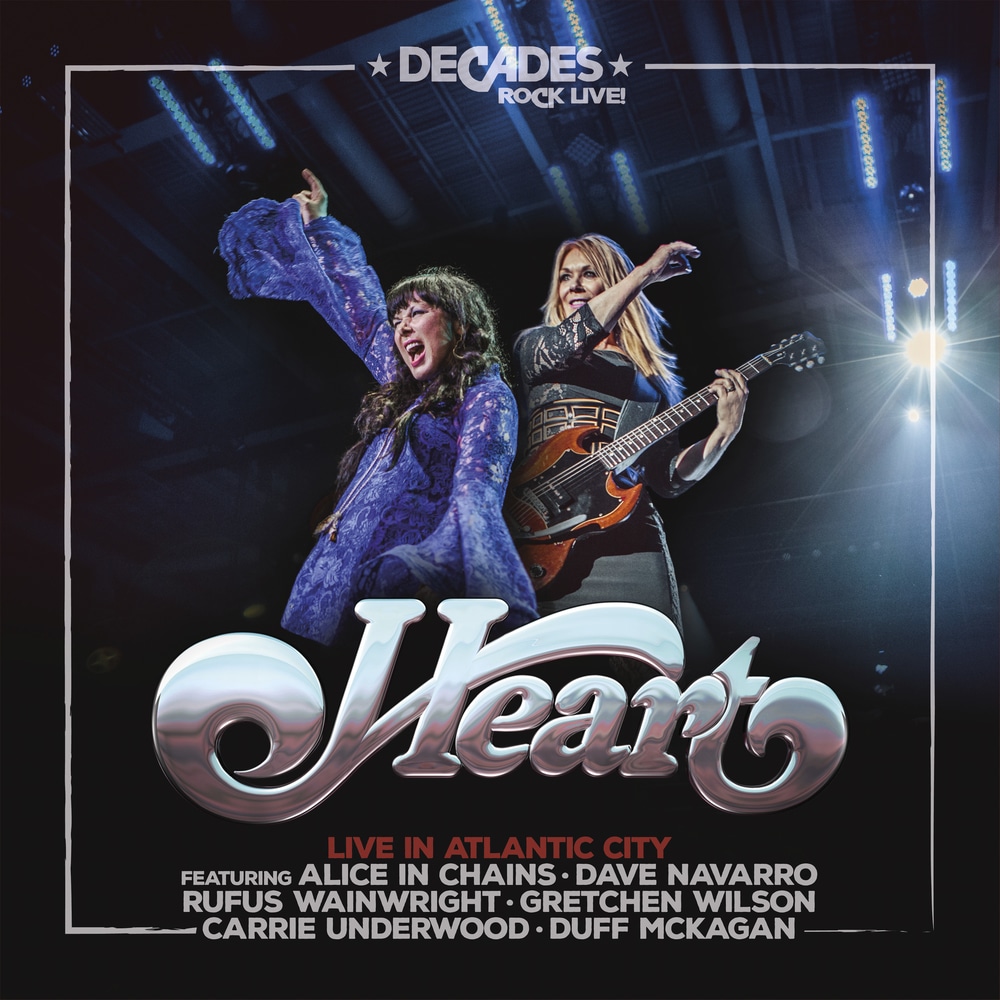 Available in 48 kHz / 24-bit AIFF, FLAC audio formats
Rock & Roll Hall of Fame inductees Ann and Nancy Wilson first showed the world that women can rock when their band, Heart, stormed the charts in the ‘70’s with hits like “Crazy On You,” “Magic Man,” “Barracuda,” “Straight On,” and so many more. A night no one would ever forget was the night Heart performed on VH1’s “Decades Rock Live” back in 2006. It was an evening that brought together various stars around the two brightest shining stars of Heart. This show has been living on in the memory of music fans ever since and will now finally see its full release. Live In Atlantic City pays tribute to and celebrates the band’s legacy with the help of an incredible range of artists and friends, to keep this magical night of celebrating music and friendship alive for all eternity. And what a night it was! The guest list of performers formed a Rock & Roll Hall of Fame for itself, including country music star Carrie Underwood, Jane’s Addiction founding member and former Red Hot Chili Peppers guitarist Dave Navarro, country singer-songwriter Gretchen Wilson and Canadian-American singer-songwriter and composer Rufus Wainwright. An exceptional highlight of the show furthermore entails the return of renowned grunge rockers Alice In Chains with Duff McKagan joining his friends on stage! Each guest artist had the chance to perform up to three songs together with the band. The track list includes gems like Heart’s “Crazy On You”, performed together with Dave Navarro and Alice In Chain’s “Rooster“. A joined performance featuring all of the guest artists of “Barracuda” rounded up this monumental show, which is now finally being released on audio for the world to enjoy.
48 kHz / 24-bit PCM – earMUSIC Studio Masters