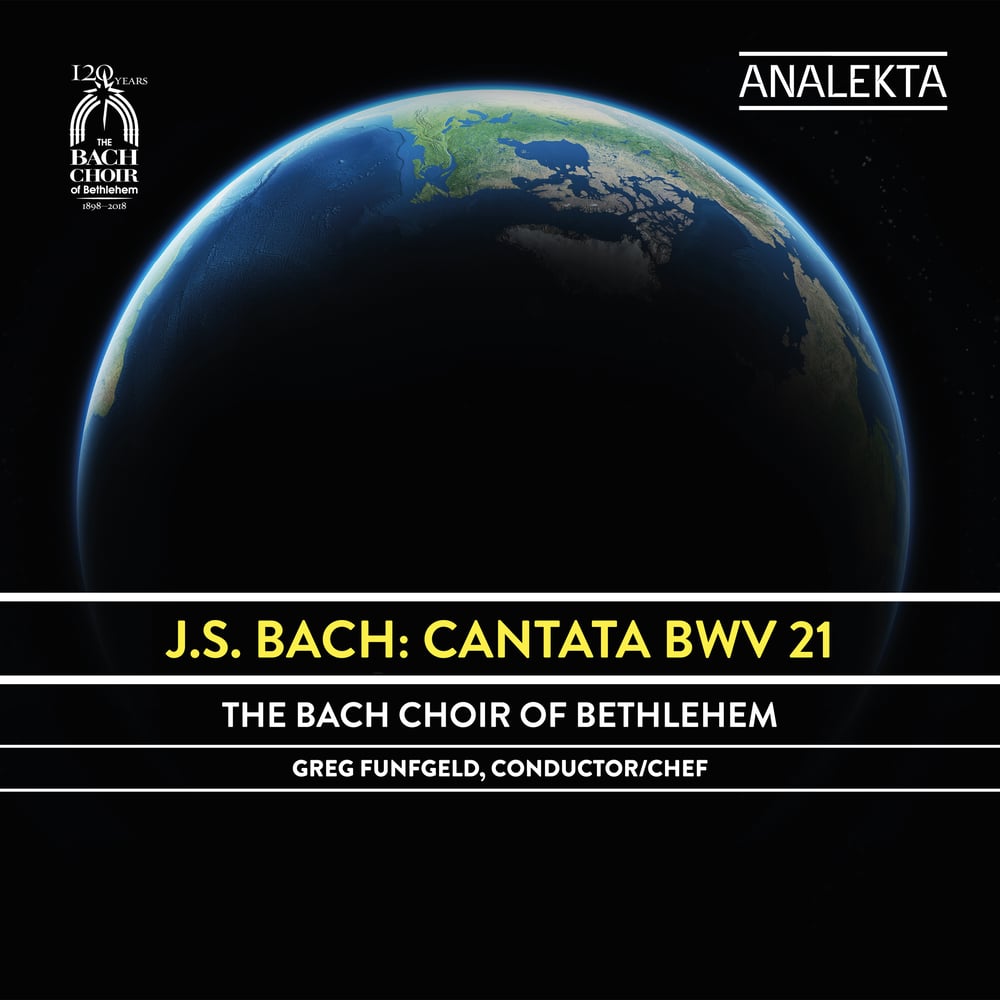 Available in 96 kHz / 24-bit AIFF, FLAC high resolution audio formats
The oldest Bach choir in the United States, The Bach Choir of Bethlehem celebrates its 120th birthday in 2018. Since its founding in 1898, the now famous choir has attracted thousands of visitors from across the United States and beyond to the annual Bethlehem Bach Festival in Pennsylvania. Cantata BWV 21, Ich hatte viel Bekümmernis, was composed for various occasions between 1713 and 1714; with nearly every performance it was expanded by additional movements. It should be noted that this recording frames the Bach cantata with two exquisite arias. With Daniel Taylor, Cassandra Lemoine, Rosa Lamoreaux, Benjamin Butterfield, William Sharp & The Bach Festival Orchestra, directed by Greg Funfgeld, this production is grandiose!
96 kHz / 24-bit PCM – Groupe Analekta, Inc Studio Masters