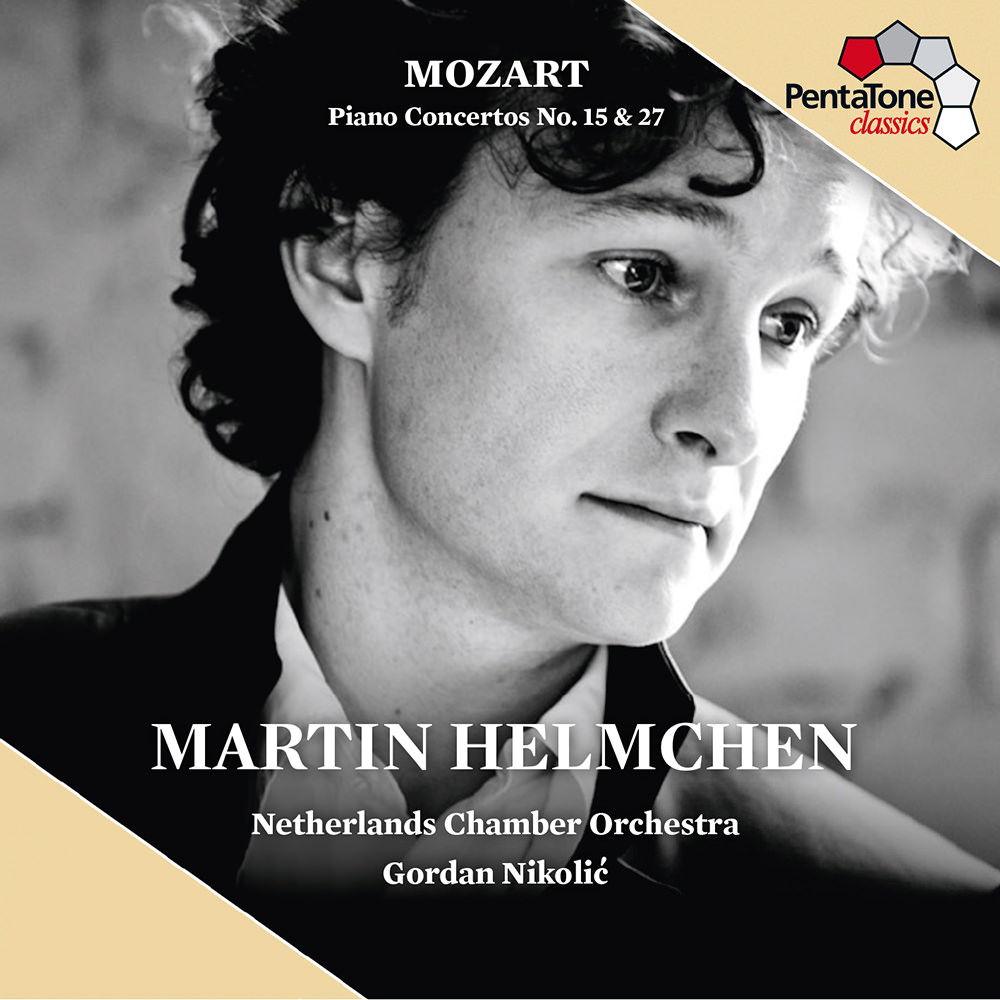 "Helmchen has a noble bearing and a noble sound, shaping lines as elegant and clean as a Greek temple’s."
- The New York Times

"This is playing of extraordinary quality and character and a fine partnership between soloist, conductor and orchestra ... recorded in outstandingly clear sound ... I was enchanted by this release."
- International Record Review

"... an acoustic well suited to Mozart, with a nice halo of resonance ... helps those legato lines and subtleties of dynamic and phrasing which make the simplest-seeming of music so effective."
- MusicWeb International

"... beautiful performance of two of the composer's liveliest concertos ... crystalline pianism throughout, with splendid accompaniment from the fine Dutch orchestra and conductor Nikolić. Well-balanced audio, with natural balance between soloist and orchestra are another plus."
- ClassicalCDReview.com

Martin Helmchen made his recording debut in 2007 with an album of Mozart piano concertos; in the intervening six years his international career and reputation have flourished. He revisits Mozart with this companion recording, accompanied by Gordan Nikolić and the Netherlands Chamber Orchestra, the same conductor and orchestra he played with on his debut.
96 kHz / 24-bit PCM and 2.8224 MHz DSD – PentaTone Studio Masters