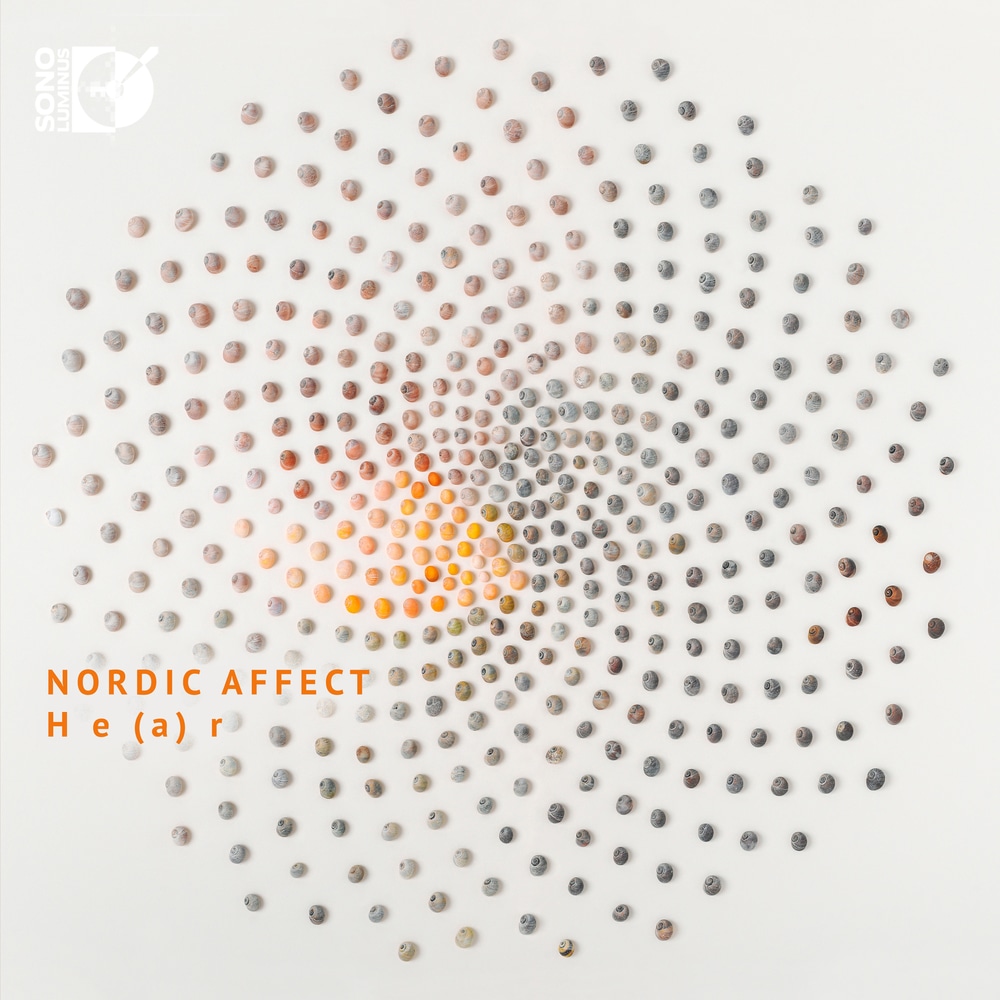 Sono Luminus releases He(a)r, the third album on the label from Icelandic ensemble Nordic Affect, following the group's acclaimed 2017 Raindamage recorded with producer Valgeir Sigurðsson and their 2015 debut Clockworking, which was featured on NPR's Songs We Love on The New Yorker's best-of-year list.

"He(a)r is an ode to hear, here, hér (the Icelandic word for here) and her. It springs from treasured collaborations with each other and with these composers that have allowed us to 'send sound and receive sound,' as Pauline Oliveros says. We now extend it to you, this meditation on embodiment, acoustics, and ecology. An album which rides on the wave of questions that rise and rise - Whose sounds? Whose bodies? Whose voices?"
- Halla Steinunn Stefánsdóttir
352.8 kHz / 24-bit, 192 kHz / 24-bit, 96 kHz / 24-bit PCM and 5.6448 MHz, 2.8224 MHz DSD – Sono Luminus Studio Masters