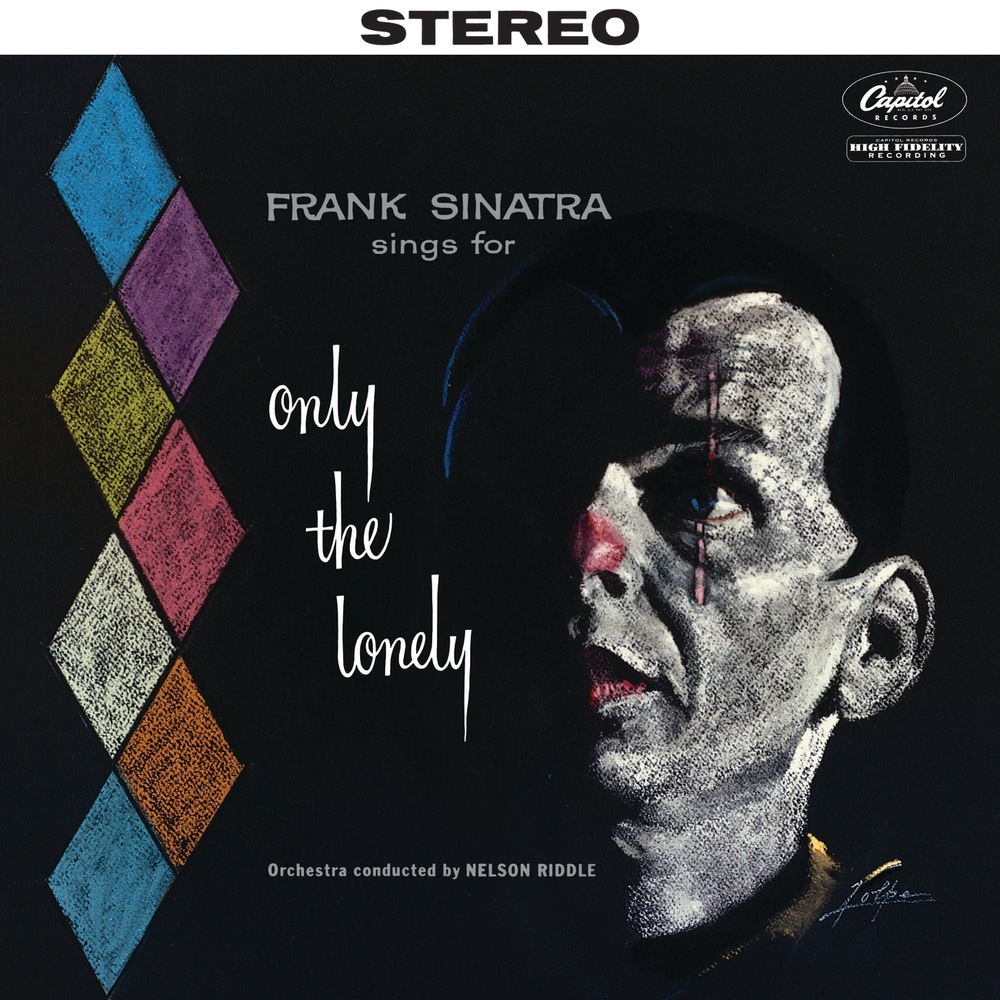 Sings For Only The Lonely (Deluxe)

Available in 48 kHz / 24-bit AIFF, FLAC audio formats
“I feel the LP as a whole has so much magic it is a ‘must’.” - Peter Jones (Record Mirror) In the running for Sinatra's saddest album, and the album which Frank said was his favourite, Sings For Only The Lonely was conceived under tragic circumstances. Shortly before Nelson Riddle began work on arranging the songs for this album, his six-month-old daughter died from bronchial asthma. Frank and Nelson went into the studio on 5 May 1958 to begin work on the album, but none of the three songs that were cut that night were used. Nelson’s mother was critically ill and it can only have affected the session; she died four days later. Three weeks later, Frank returned to the studio and while the arrangements for the album were Nelson’s, it was Felix Slatkin who conducted the orchestra on 29 May, before Nelson returned for the last two sessions that completed Frank Sinatra Sings For Only The Lonely. Frank’s singing is the epitome of sadness, while the arrangements have an added dollop of despondency. Among the standouts are the title song, written by Jimmy Van Heusen and Sammy Cahn, which was recorded on Thursday, 29 May 1958. Frank told author Robin Douglas-Home about pacing an album: “Tommy Dorsey did this with every band-show he played. Paced it, planned every second from start to finish. He never told me this; it just suddenly came to me as I sat up on that stand every night. This is what I’ve tried to do with every album I’ve ever made.” On this special deluxe release, both the original mono mixes and the expanded 2018 stereo editions are featured. Listeners are given the opportunity to contrast and compare the subtleties of mixing and performance that stand out in both styles of presentation. The achievements of early recording engineers using monophonic sound are truly remarkable and detailed - showcasing the dynamic and sensitive performances of Sinatra and Nelson Riddle's band - while the stereo edition allows an immersive use of space and separation that gives us a much more transparent view of the music that has been wonderfully remastered by Ron McMaster at Capitol Studios. Additionally, several alternate takes and settings for the music are included, creating a more complete picture of the process of this recording. A must-have for fans of Sinatra and students of audio history. "[For Only] The Lonely was recorded as both a mono and stereo presentation. The mono was the focus as that was the chief format of the day. The stereo was recorded with two microphones suspended high over the studio orchestra. Frank Sinatra's voice was recorded onto a third track. With the stereo recording being mid-side decoded, the depth of the studio is revealed." - Larry Walsh (Mastering Engineer)
48 kHz / 24-bit PCM – FRANK SINATRA HYBRID Studio Masters