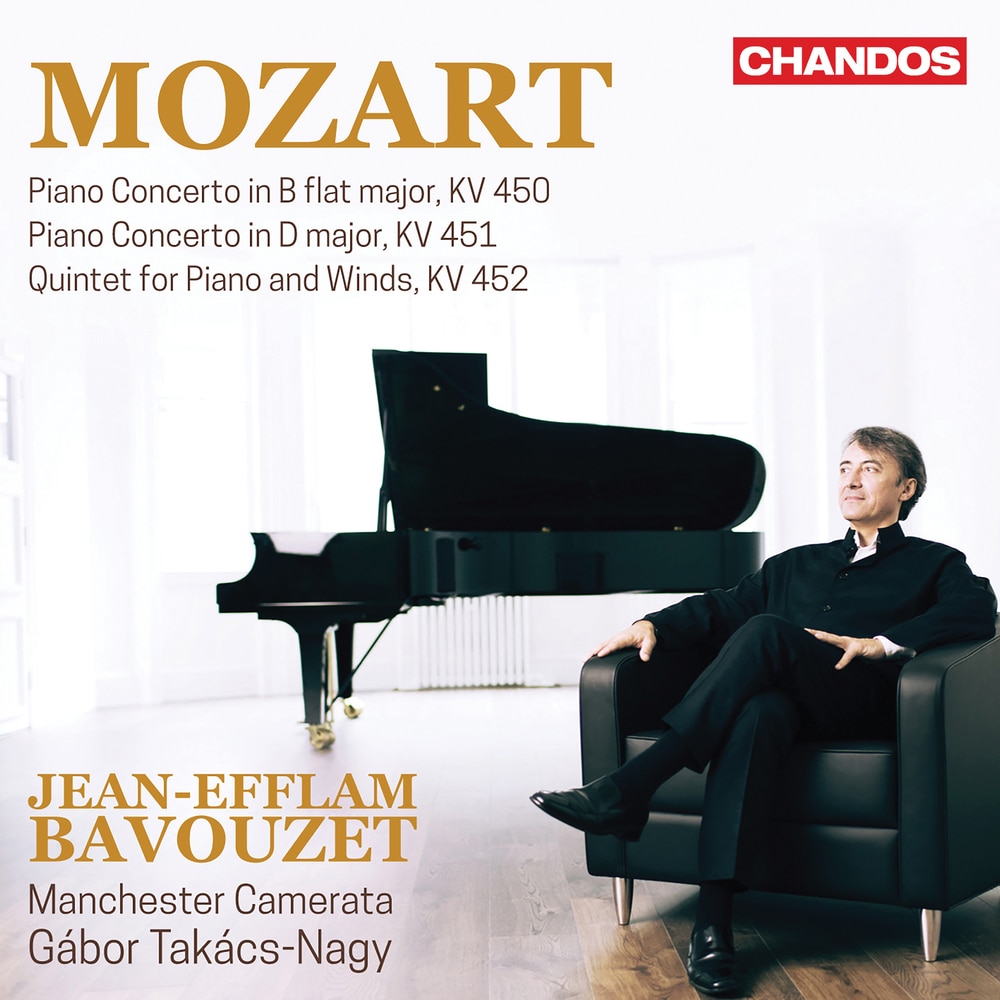 This third volume in the series from the electrifying combination of Jean-Efflam Bavouzet and Manchester Camerata under Gábor Takács-Nagy explores the final two of the six piano concertos of the year 1784, on which Mozart staked his reputation as both a performer and composer. Alongside these works features the pioneering Quintet for Piano and Winds, also from 1784, the first written for this combination of instruments and a work which Mozart regarded as his finest to date.

The consecutive Köchel numbers of the three piano works hint at a remarkable story: not only were they all written in the same extraordinarily productive year, but all were completed in the same month, March, when Mozart was just twenty-eight years old. The two concertos form a pair, and in letters to his father Mozart makes it clear that he wrote them for his own performance: ‘nobody but I owns these new concertos in B flat and D’, adding in another letter, two weeks later, ‘I consider them both to be concertos which make one sweat’. Heard in this context, Bavouzet’s playing is all the more astonishing.
96 kHz / 24-bit PCM – Chandos Studio Masters