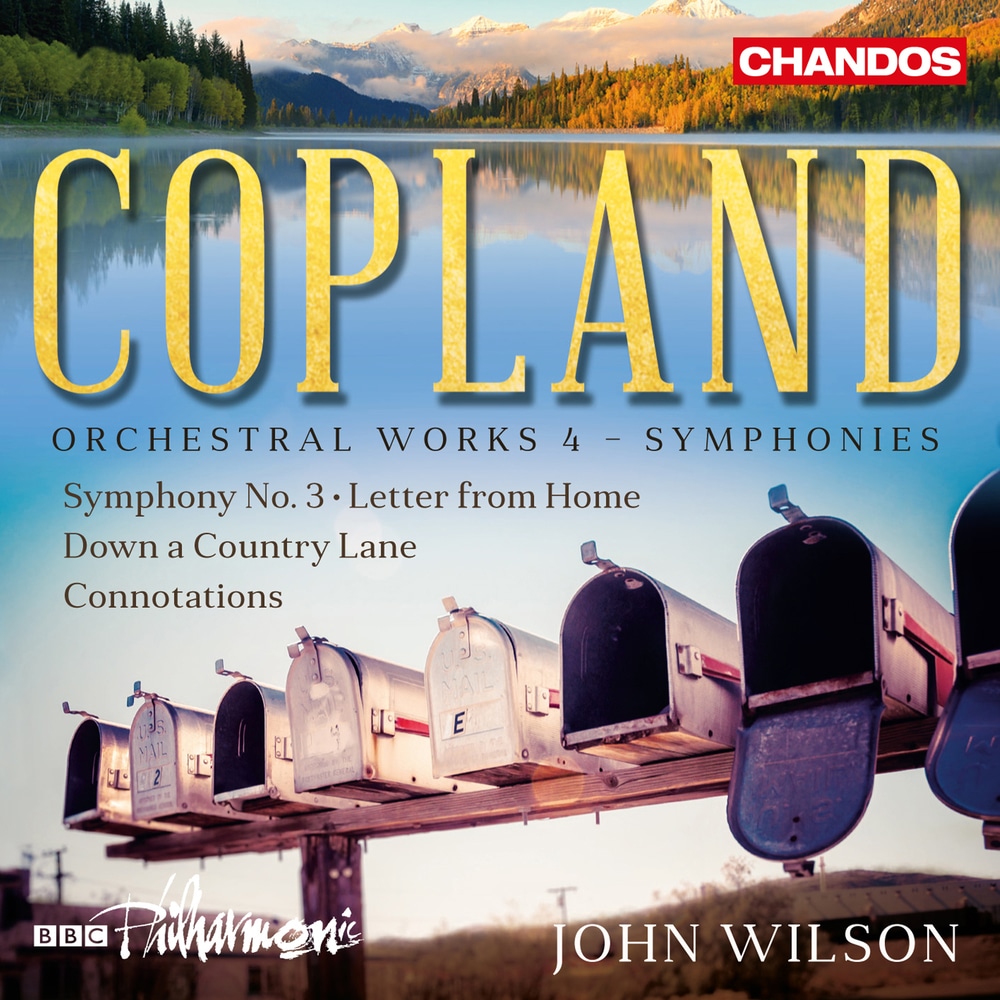 Available in 96 kHz / 24-bit AIFF, FLAC high resolution audio formats
‘I hope you will knuckle down to a good symphony’, wrote Samuel Barber in September 1944 to his fellow composer Aaron Copland: ‘We deserve it of you, and your career is all set for it.’ It was a strange thing to say given that Copland had already composed a variety of symphonies, albeit admittedly all more experimental than Barber might have preferred. The fourth volume in the highly acclaimed Copland series from John Wilson and the BBC Philharmonic opens with the resoundingly successful Symphony No. 3 (1944 – 46). The optimistic spirit of this work resonated perfectly with the euphoria of post-war America, resulting in its becoming an emblem of US nationalism. This lesser-recorded original version comes complete with the twelve bars which Bernstein later suggested cutting from the fourth movement. Three commissions complement the symphony: Letter from Home (1944) reflects the feelings of receiving a letter from a loved one. Down a Country Lane (originally commissioned by Life magazine as a solo piano work) is here performed in its orchestral version (1964), re-imagined for a series of concerts showcasing youth orchestras. Connotations (1962), a twelve-note serial composition premiered by Leonard Bernstein and the New York Philharmonic at the inauguration of The Philharmonic Hall, complete this invigorating surround-sound album.
96 kHz / 24-bit PCM – Chandos Studio Masters