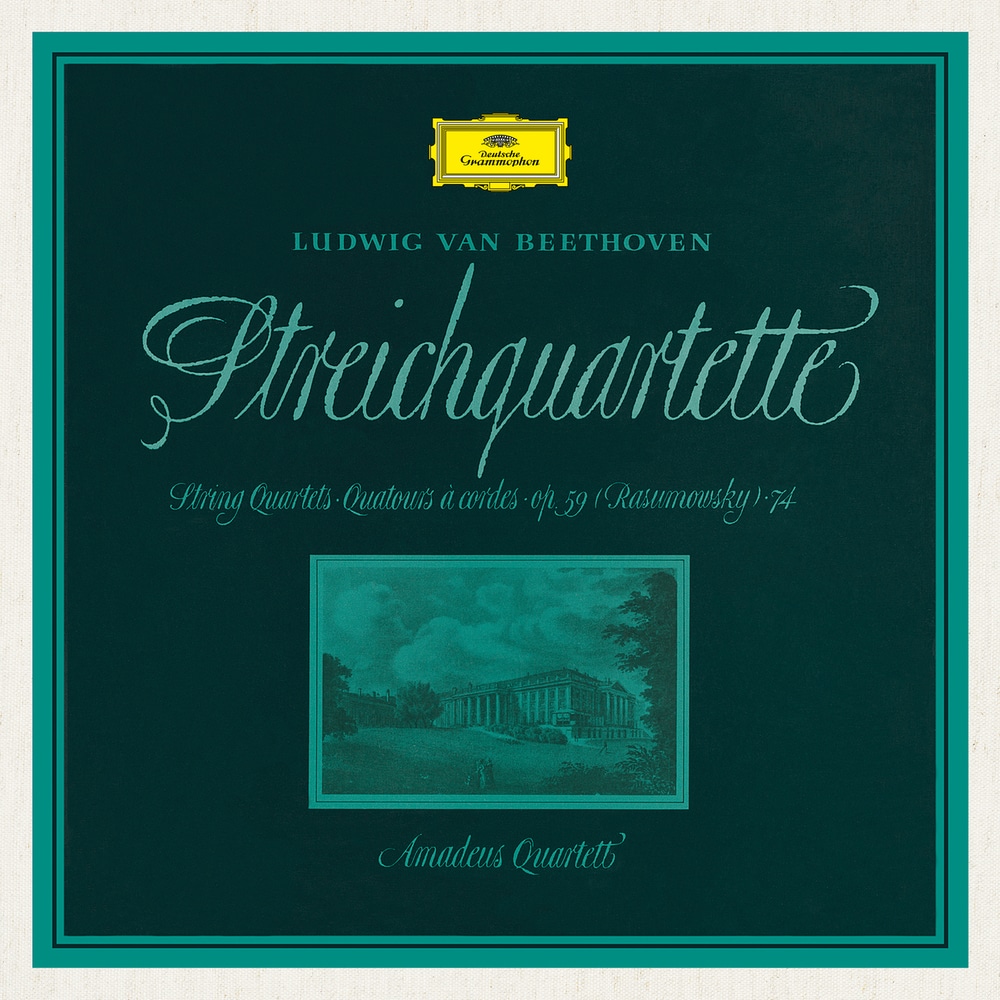 Available in 192 kHz / 24-bit AIFF, FLAC high resolution audio formats
The Amadeus were the most successful and highly-regarded Quartet of the 20th century. One of the first to make use of the then extraordinary new ability to travel the globe by aeroplane, they travelled widely and established themselves as the pre-eminent ensemble of chamber music-making for nearly 40 years. Reviews of their concert tours were ecstatic and audiences delighted. The Quartet (who styled themselves ‘The Wolf-Gang’) roved the world arguing, celebrating and working like no other group. In all their 40 years they never changed a single member. The group consisted of Norbert Brainin, Siegmund Nissel, Peter Schidlof and Martin Lovett, making recordings together from 1951 to 1987, ending only with the death of Peter Schidlof in 1987. This album, accompanied by two more released this week by Deutsche Grammophon through ProStudioMasters, stand as eloquent testimony to their thoughtful musicianship, technical calibre and to the immense esteem in which the world continues to hold them.
192 kHz / 24-bit PCM – Deutsche Grammophon (DG) Studio Masters