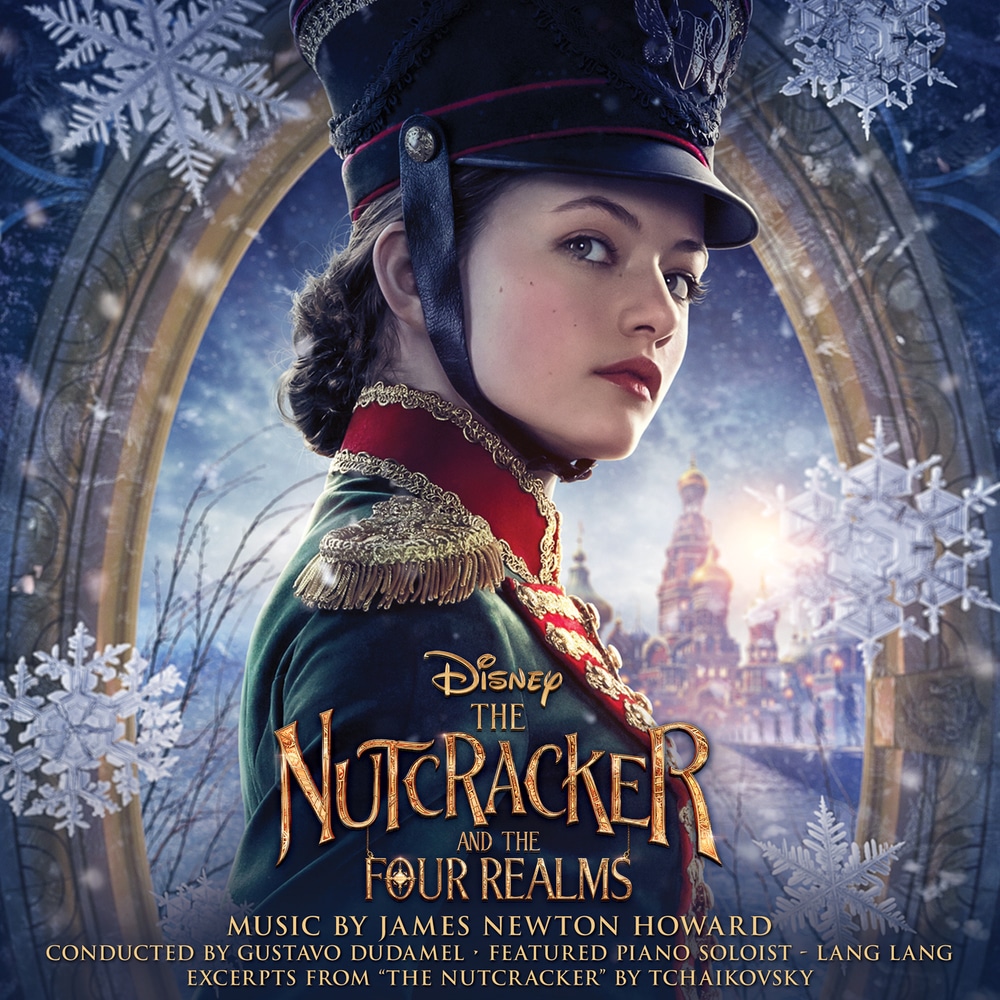 The Nutcracker and the Four Realms (Original Motion Picture Soundtrack)

Walt Disney Records is releasing the official soundtrack album for the fantasy adventure The Nutcracker and the Four Realms. Composer James Newton Howard was tapped to create the score and it was recorded by The Philharmonia Orchestra in London with esteemed conductor Gustavo Dudamel. Featuring world-renowned pianist Lang Lang.

With original music composed and produced by Howard, the soundtrack builds on iconic themes from Tchaikovsky's classic 1892 ballet score. Howard's thrilling orchestral score captures the magic and intrigue of the film by reimagining the original "Nutcracker" ballet music with a modern twist.

"Tchaikovsky was one of the great melody writers of all time. The colors of 'The Nutcracker' ballet score have become a part of the vocabulary of film music. It's where so much of the 19th-century romantic music that I call upon as a film composer is rooted."
- James Newton Howard
96 kHz / 24-bit PCM – Walt Disney Records Studio Masters