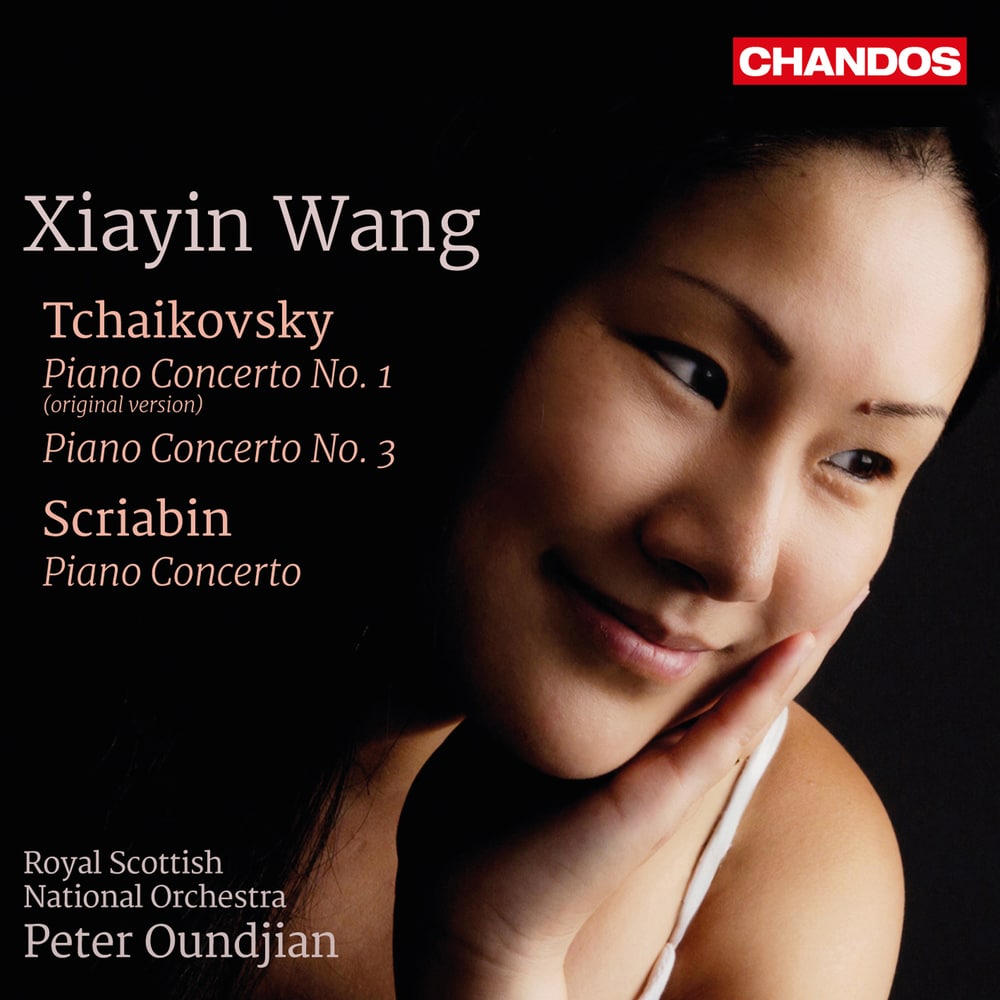 Available in 96 kHz / 24-bit AIFF, FLAC high resolution audio formats
Following her acclaimed recording of Tchaikovsky’s Piano Concerto No. 2 in 2016, Xiayin Wang here completes the trio with No. 1 and the posthumously published No. 3, alongside Scriabin’s only concerto. Whether Tchaikovsky gave his consent to the virtuoso Alexander Ziloti to revise his Piano Concerto No. 1 is unknown, but Wang here presents the lesser-recorded original version. Piano Concerto No. 3 was originally begun as a symphony, all of which except the first movement was ultimately abandoned; that surviving movement was later completed as a single-movement concert work for piano and orchestra. Scriabin finished his piano concerto in only a few days, although it took months to orchestrate it before the 1897 premiere. Sensitively played by Wang, the concerto shows a naïve charm that even Scriabin, at his most translucent, would struggle to recapture once his career got underway.
96 kHz / 24-bit PCM – Chandos Studio Masters