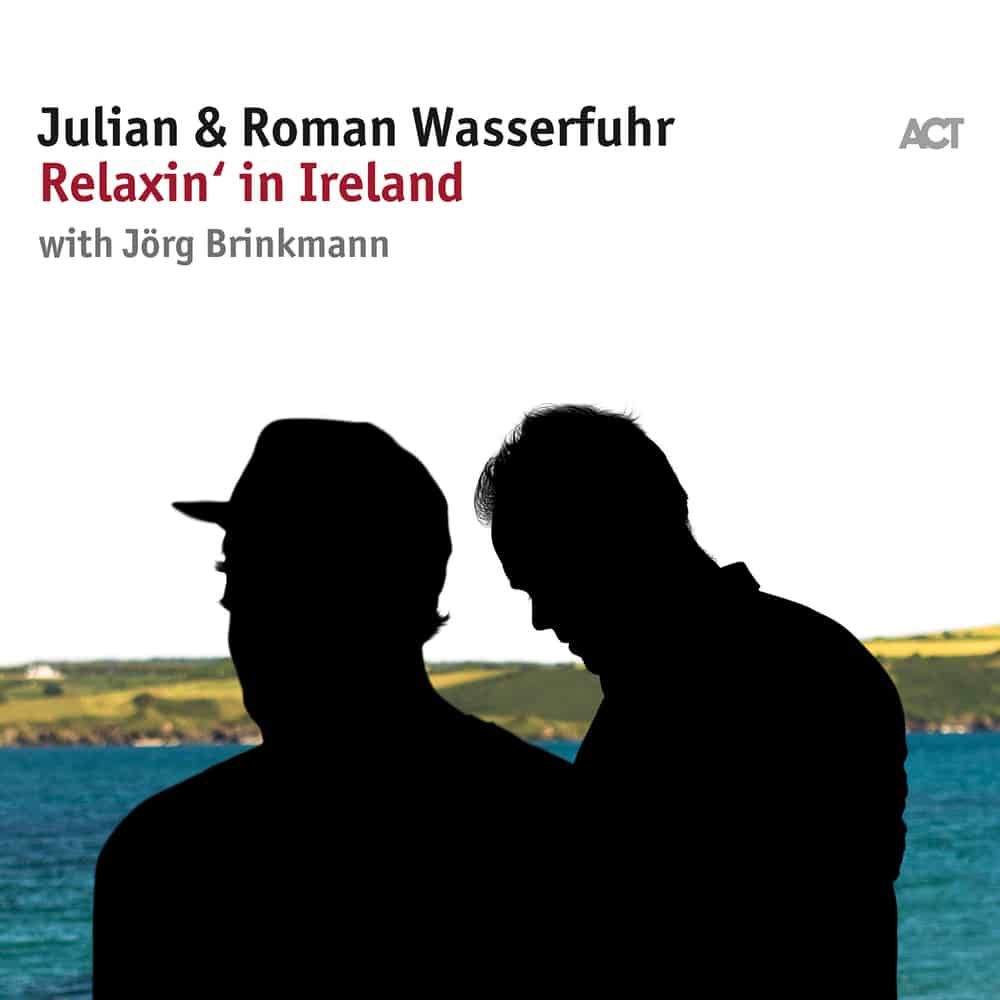 Relaxin' in Ireland (with Jörg Brinkmann)

Available in 96 kHz / 24-bit AIFF, FLAC high resolution audio formats
What the title of the album does is to set a tone: Here is the typical Wasserfuhr sound with a relaxed way of playing – the Irish attitude to life shines through again and again. Music never happens in a vacuum. The places where it is played inspire it, shape it and help it to develop; they are like an extra musician. And therein lies the creative stimulus which Siggi Loch provides as producer to Julian and Roman Wasserfuhr. He continually seeks out new contexts for their playing, and that opens up hitherto unimagined musical perspectives. After the Wasserfuhrs’ musical journey to meet the elite in Gothenburg in Sweden in 2009, and a thrilling session in hip and happening Brooklyn in 2017, the brothers, who come from the peaceful little village of Hückeswagen near Cologne, have now travelled to the South Coast of Ireland, and to John Fitzgerald’s Lettercollum Studio in Country Cork, a secret bolt-hole where several Irish and English rock stars have recorded albums. They were joined there for the first time by cellist Jörg Brinkmann. Julian explains the concept of the new trio thus: “Dispensing with bass and drums gives us more scope to develop ideas, far greater harmonic freedom, and also allows us to think in long arcs. It gives the music much more buoyancy.” Relaxin‘ in Ireland is the very personal glimpse of the Emerald Isle through the language of music. But it is also an album which tells the story of how the surroundings of West Cork cast their spell over the trio at the very moment of musical creation.
96 kHz / 24-bit PCM – ACT Music and Vision Studio Masters