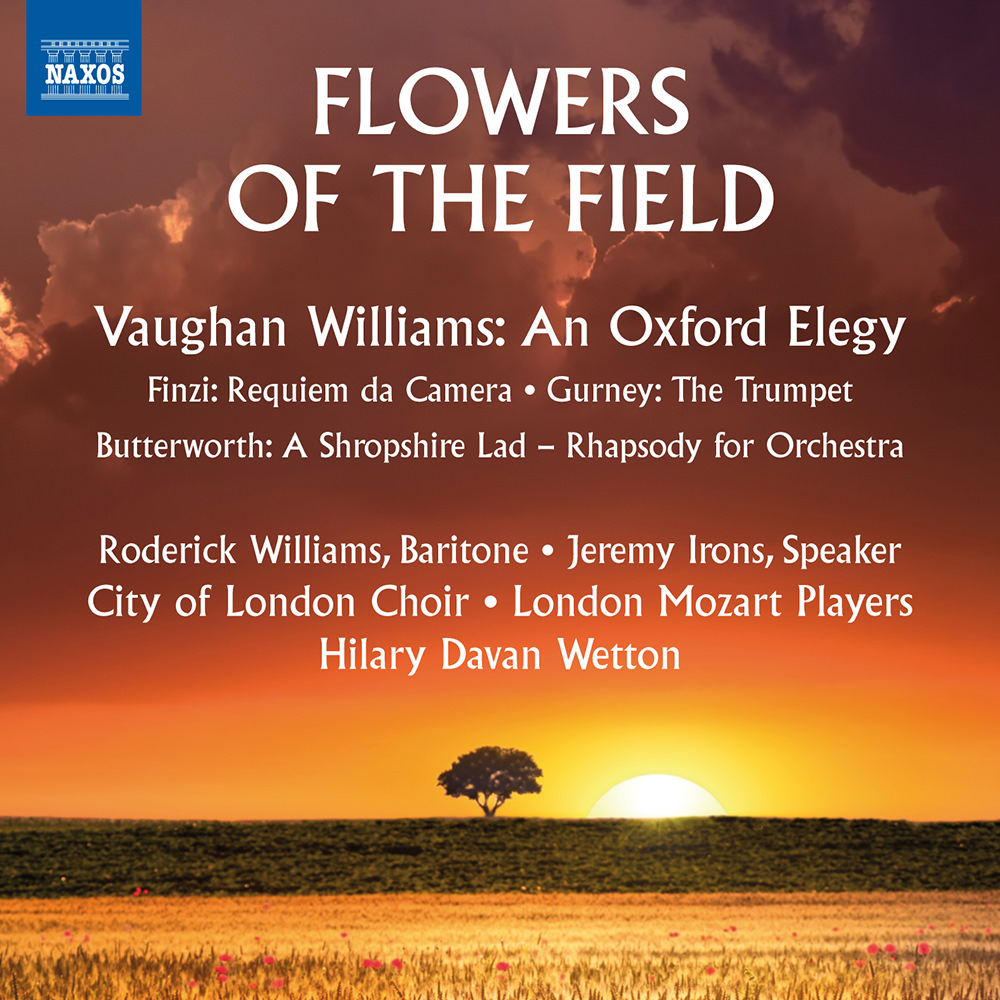 Flowers of the Field: Vaughan Willams: An Oxford Elegy

The composers on this album were all affected by the carnage of World War I and their elegiac music expresses regret and lost innocence, love won and lost, sacrifice and death. George Butterworth’s A Shropshire Lad encapsulates the poet’s sense of life’s transience. Ivor Gurney was both shot and gassed in 1917; The Trumpet, receiving its world premiere here, pleads with mankind to set aside the folly of war. Heard here in a new completion, Gerald Finzi’s Requiem da Camera mourns the death of his mentor Ernest Farrar and other fallen artists and Ralph Vaughan Williams’s An Oxford Elegy recalls lost friends with an intense and magical nostalgia and features actor Jeremy Irons in a spoken role.
96 kHz / 24-bit PCM – Naxos Studio Masters