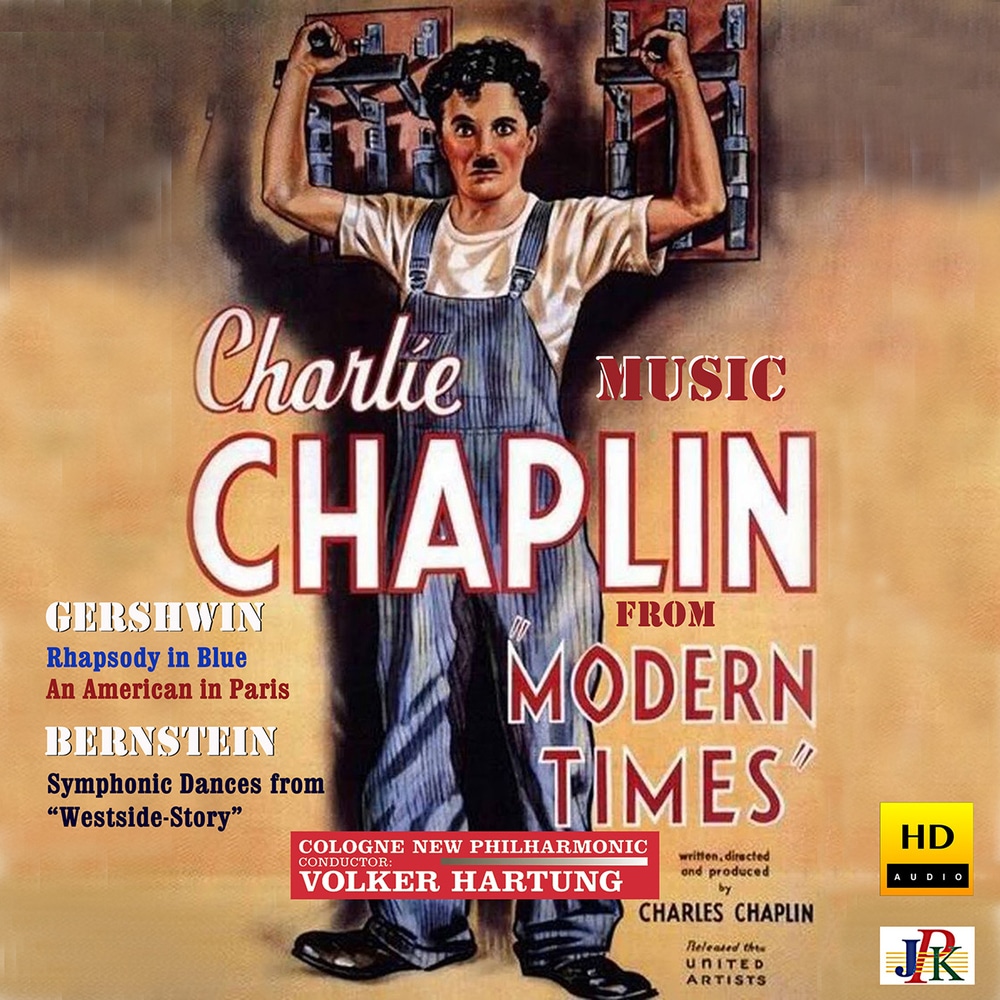 Available in 48 kHz / 24-bit AIFF, FLAC audio formats
Everybody knows Charlie Chaplin as the greatest comedian and director of the cinema.It might be less known, that he composed his film music himself and even conducted it in the studio. But in his youth, Chaplin played the cello, and he was an excellent musician. Presented here is the adorable music to his masterpiece Modern Times, his silent film comedy from 1936, in which the film genius satirizes the excesses of the industrial age - and for the first time - raises his voice in the famous 'Titina nonsense song'. To celebrate the 100th anniversary of Leonard Bernstein Volker Hartung is presenting his recording of the New-York Musical West Side Story. The show was inspired by William Shakespeare's play Romeo and Juliet and plays in a downtown Manhattan setting. In 1961 Bernstein prepared a suite from it, titled "Symphonic Dances from West Side Story". This suite is one of the most dazzling showpieces in the entire symphonic repertory. Also included in this album celebrating the magic of New York are works of George Gershwin: His masterpieces of Symphonic Jazz: "Rhapsody in Blue" for piano and orchestra from 1924 and »An American in Paris«. Italian pianist Filippo Faes gives an admirable example of his great art, accompanied by Volker Hartung conducting his Cologne New Philharmonic Orchestra. Gershwin himself wrote about his works: "I understand it as a sort of musical kaleidoscope of this fast-paced melting pot called America, as our Blues, our crazy city New-York".
48 kHz / 24-bit PCM – JPK Musik Studio Masters