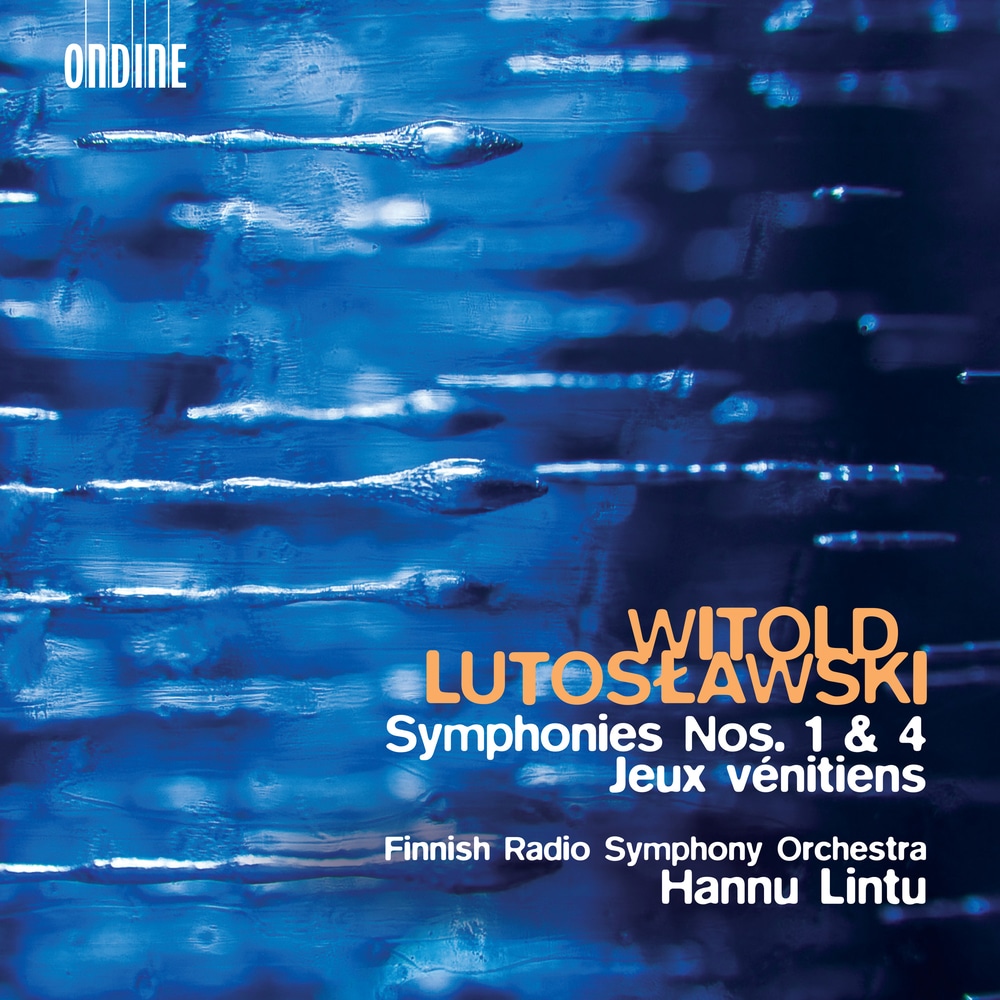 Witold Lutoslawski is one of 20th Century’s greatest composers. He is also a remarkable symphonist. The three works on the present release performed by the Finnish Radio Symphony Orchestra and conducted by Hannu Lintu, represent three important stages in Lutoslawski’s career: his 1st Symphony, one of his earliest significant works; Jeux vénitiens was the first work in his best-known stylistic phase; and his 4th Symphony remained his last extensive work. Lutoslawski began his First Symphony in difficult times, during the Nazi occupation of Poland. At the time, he was making a living playing piano duos with composer colleague Andrzej Panufnik in the cafés of Warsaw. It is firmly rooted in Neo-Classicism but has none of the irony or stylization commonly associated with that style. Also, it makes no use of folk music elements, which frequently appear in many of Lutoslawski’s post-war works.

The title of Jeux vénitiens alludes to the fact that the work was meant to be premiered at the Venice Biennale. In the end, only three movements were performed there in April 1961, and the final four-movement version of the work was premiered in Warsaw in September in the same year. Secondarily, the title alludes to the game-like nature of its aleatoric writing.

The Fourth Symphony is a product of Lutoslawski’s late period at its most refined, characterized by a more nuanced and translucent harmonic approach than before, greater rhythmic clarity, a more straightforward approach and an expanded role for expressive melodic writing. These features stemmed in part from the fact that the importance of aleatoric sections was decreasing. In the Fourth Symphony, aleatoric counterpoint only accounts for about one fifth of the duration of the work. Conductor Hannu Lintu is an excellent advocate of Lutoslawski’s music.