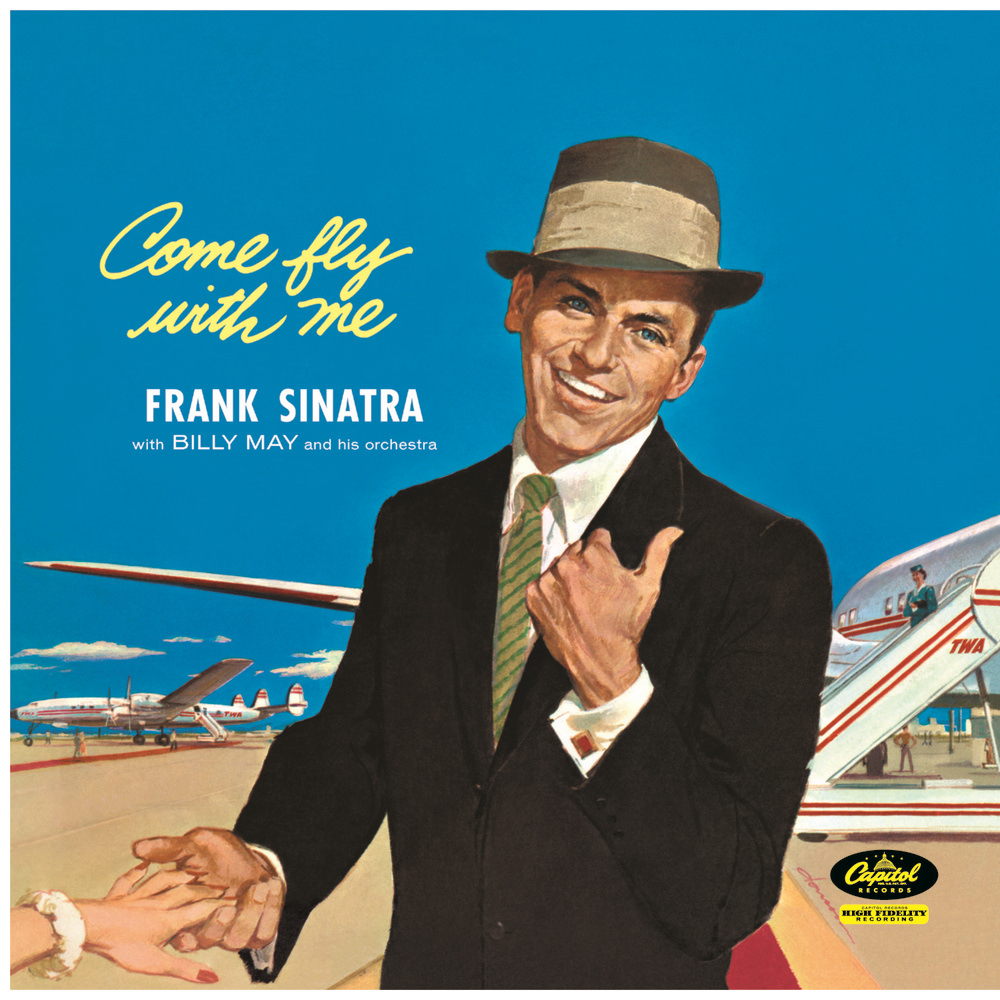 Come Fly With Me (Mono Version)

Frank Sinatra, Billy May & His Orchestra

Available in 192 kHz / 24-bit, 96 kHz / 24-bit AIFF, FLAC high resolution audio formats
Billboard 200 - #1, 1958 Grammy nomination - Album of the Year, 1958 "... it is all brilliant and relaxing to listen to ... an outstanding piece of work. To this day it shines bright ..." - Sputnikmusic "... when it came time to all out swing-oriented big band, May was the man to turn to; having left his mark with the trilogy ..." - EnjoytheMusic.com "... Sinatra clung to his big band roots: in these brash, brassy arrangements (including a gorgeous Autumn In New York), the high-stepping tempos are shouldered by a voice still in complete control." - The Guardian This number one album, released in 1958, marked Frank Sinatra's first recording with arranger and conductor Billy May. A concept album, the songs were selected to take listeners on a trip around the world, a musical travelogue visiting Paris, Brazil, Hawaii and Vermont, among other destinations. The record was also nominated for Album of the Year at the very first ever Grammy Awards. While the original album was recorded in stereo, it was initially only released in this mono version. The stereo version eventually appeared in stores four years later.
192 kHz / 24-bit, 96 kHz / 24-bit PCM – CAPITOL CATALOG MKT (C92) Studio Masters