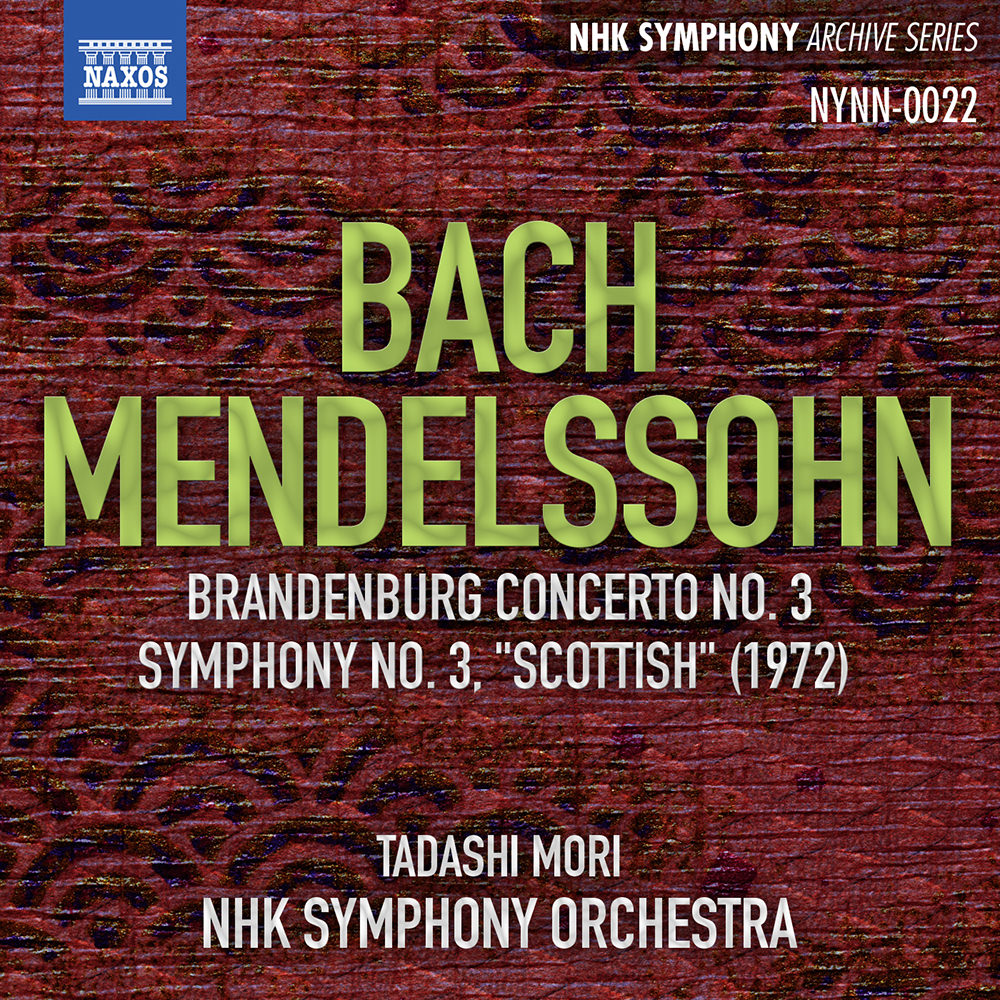 Available in 192 kHz / 24-bit, 96 kHz / 24-bit AIFF, FLAC high resolution audio formats
Tadashi Mori conducts the NHK Symphony Orchestra on these works by Bach and Mendelssohn, recorded in 1972. Bach's Brandenburg Concerto No. 3 is considered one of the greatest orchestral works of the Baroque era, while Mendelssohn's Symphony No. 3 "Scottish" draws inspiration from Scottish folk music. This album is part of the NHK Symphony Archive Series, showcasing the greatest recordings of this orchestra and its various conductors over the years.
192 kHz / 24-bit, 96 kHz / 24-bit PCM – Naxos Japan Studio Masters