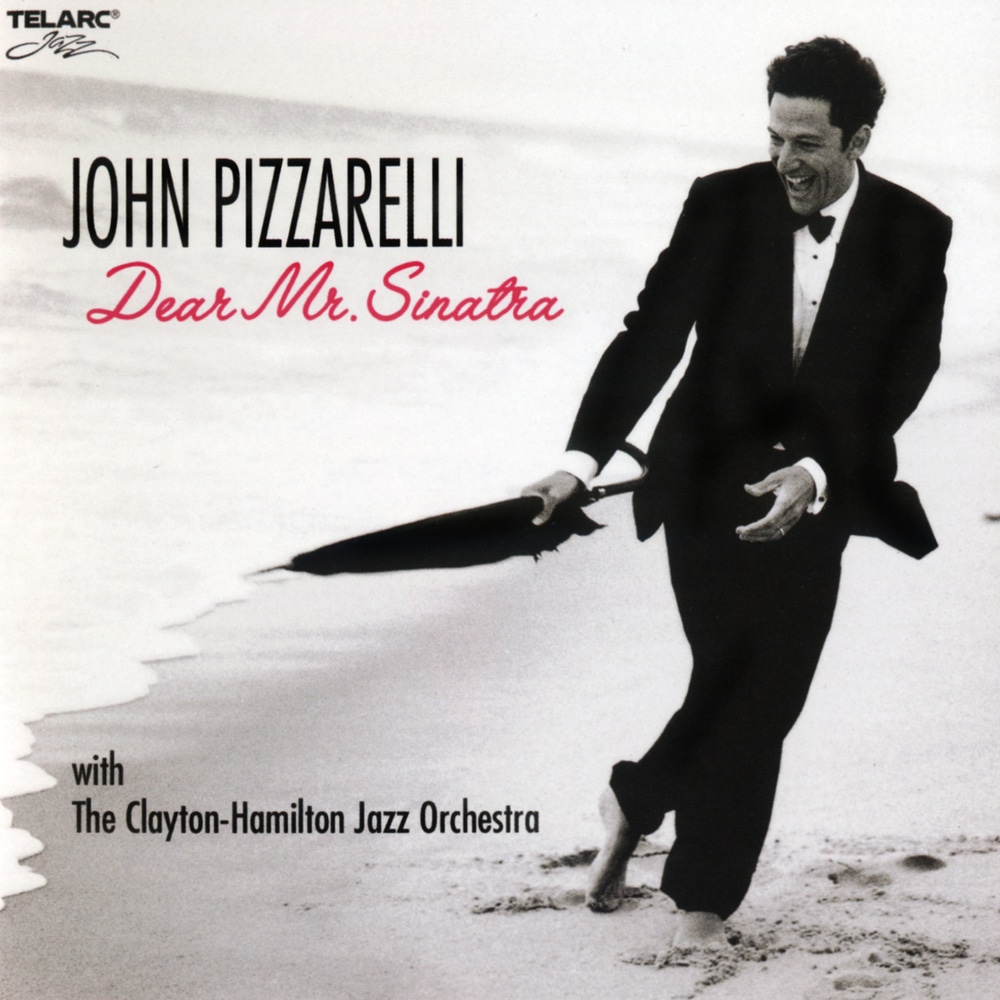 Available in 192 kHz / 24-bit, 96 kHz / 24-bit AIFF, FLAC high resolution audio formats
John Pizzarelli, one of the most celebrated performers bringing popular standards to a new generation, will release a very special recording on Telarc International. His album, Dear Mr. Sinatra, pays homage to Frank Sinatra, perhaps the greatest entertainer of all time, by focusing on songs that were specifically written for “Ol’ Blue Eyes.” Early in his career, Pizzarelli opened for Sinatra on tour. His father, the jazz guitar legend Bucky Pizzarelli, played on many of Sinatra’s seminal recordings. Dear Mr. Sinatra is in many ways the most personal of all the Sinatra tributes available. Dear Mr. Sinatra, the singer and guitarist’s first-ever Sinatra album, follows Pizzarelli’s highly-acclaimed tributes to Nat “King” Cole (Dear Mr. Cole and P.S. Mr. Cole), Antonio Carlos Jobim (Bossa Nova) and The Beatles (John Pizzarelli Meets The Beatles). “Frank has always been one of my main musical influences. I love the way he transforms himself from song to song. In the early 1990s, I was honored to open for him with my quartet in Europe and around the States. Frank would appear in the wings during our final number, swinging and clapping and smiling. He would come onstage and cheer for us. It was an honor to play with him, and we were thrilled he enjoyed our music.” - John Pizzarelli
192 kHz / 24-bit, 96 kHz / 24-bit PCM – Telarc Studio Masters