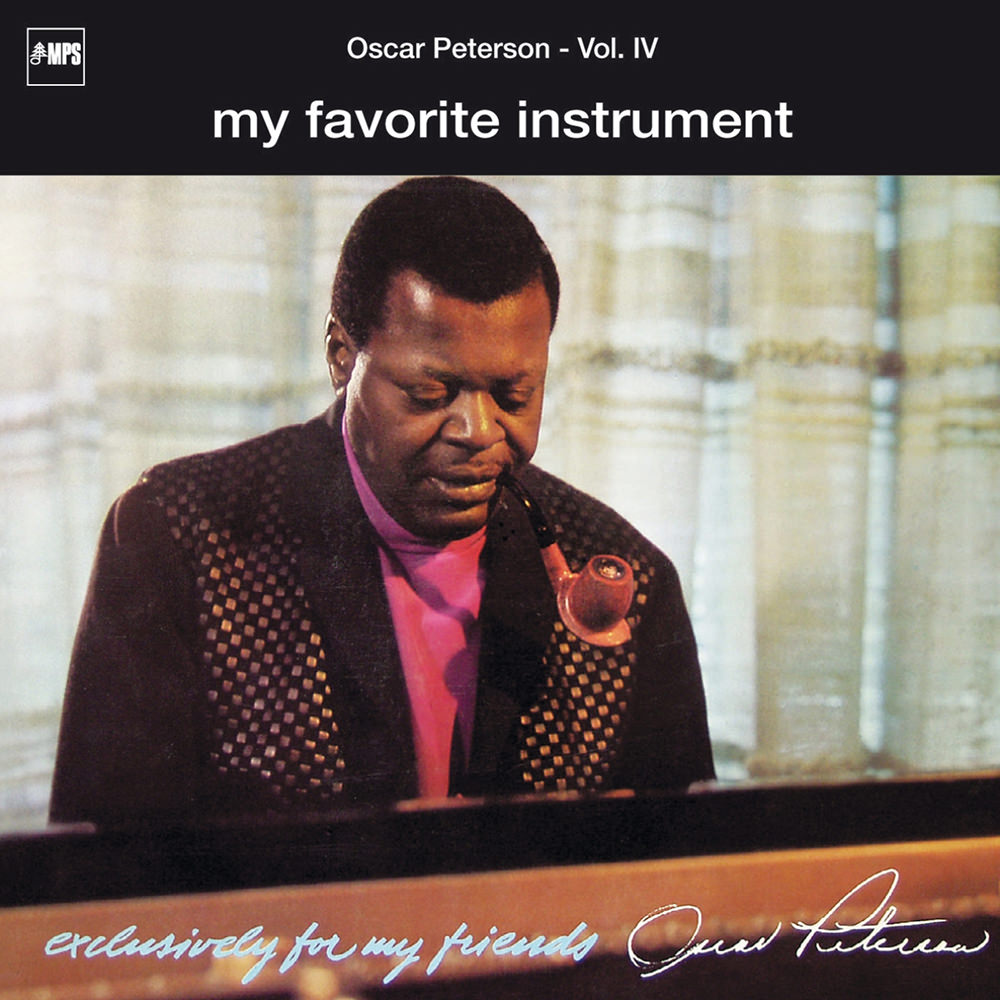 Exclusively for My Friends, Vol. IV: My Favorite Instrument

Available in 88.2 kHz / 24-bit AIFF, FLAC high resolution audio formats
"... the daunting improvs on standard melodies are downright robust ... the master's Tatumesque rococoisms are offset by some Bud-like oomph and this set is all the more persuasive because of it ..." - Musician "... Five Stars ... Peterson responded to the setting, hospitality and intimacy with what he would later describe as the best recordings he had ever made... (he) controls his vast technique at all times ... simply brilliant ..." - DownBeat My Favorite Instrument is the fourth volume of a six-album series Oscar Peterson made in the 1960s, considered among the pianist's finest recordings. The set is included in The Penguin Guide to Jazz's list of essential albums and is widely considered the centrepiece of any Peterson collection. Unlike the other albums in the series that feature Peterson's trio, Peterson is on his own here, his first solo album, recorded for a small, invited audience in 1968. As soloist, Peterson allows his prodigious technique and imagination full reign. Someone to Watch Over Me exemplifies the album; Peterson pays his debt to piano virtuoso Art Tatum with an act of technical legerdemain coupled with a stylistic history lesson, all captured in near-audiophile sound, the original master tapes carefully optimized in a pure analogue mastering process.
88.2 kHz / 24-bit PCM – MPS Records Studio Masters