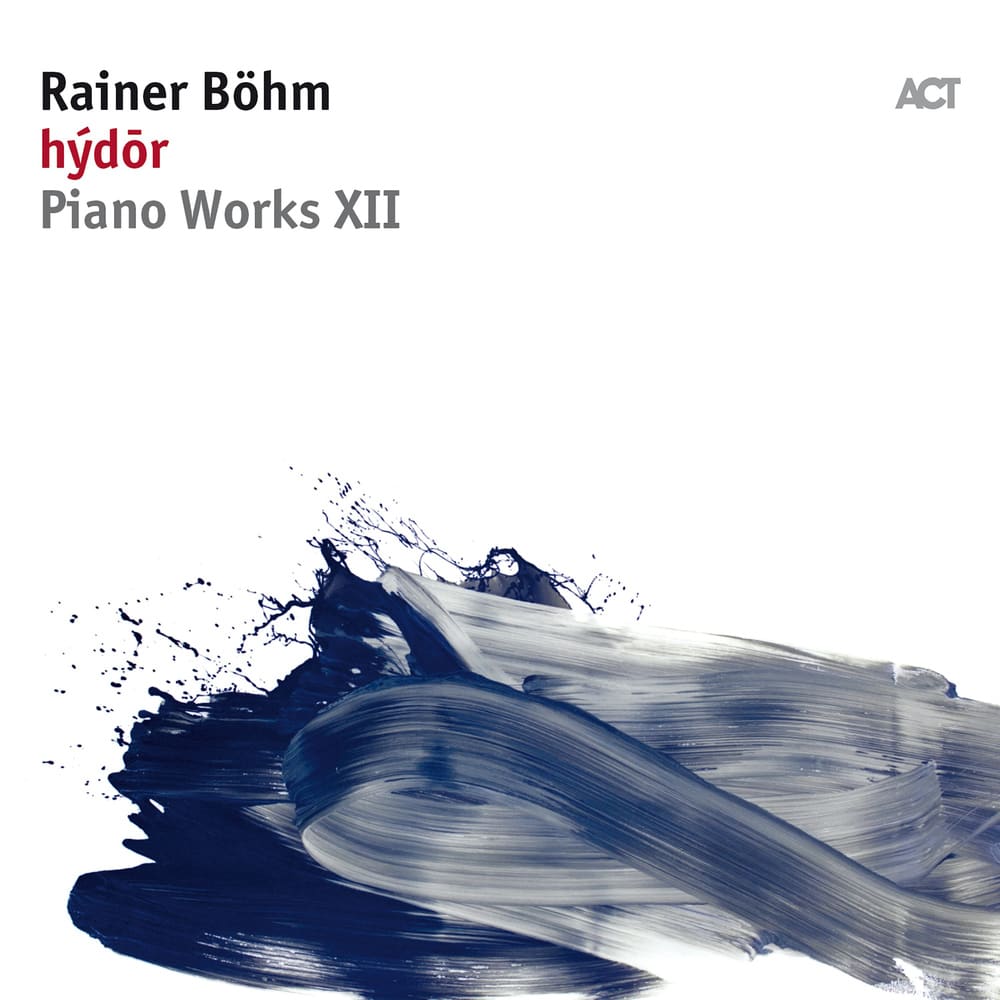 Available in 96 kHz / 24-bit AIFF, FLAC high resolution audio formats
ACT's Siggi Loch started the dedicated album series “Piano Works” to present the finest in solo piano playing, and Rainer Böhm with his album “hýdōr” becomes the latest pianist to enter this pantheon. Böhm is known as a long-standing member of the trio of Germany’s pre-eminent bassist, Dieter Ilg. The success and the impact that this group has achieved are at least in part attributable to Böhm’s remarkable piano playing, notably in its jazz adaptations of the greats of classical music – Verdi, Wagner, Beethoven and Bach. Indeed, the concept of crossing such frontiers is at the core of Böhm's musical identity, and is to be found in its purest form on hýdōr. Böhm is one of those genre-defiers for whom classical music and jazz are not in opposition to each other, but perfectly complementary polarities situated around a central task: how to convey emotions through music. The way Böhm has now risen to this challenge as a solo pianist is magnificent. He is able to rely on a stupendous technique: seldom can such deft alternation of left and right hands in melody and chordal accompaniment been heard as in the two parts of Böhm's “Bass Study”. Böhm also uses chromaticism in a highly original way on hýdōr, not only in pieces such as “Querstand” (where it is to be expected, the title, is the German for the musical term ‘false relation’), but also on “Terzen” (thirds) in which chromatic twists have a captivating way of subverting the melodic sweetness. In “Expansion And Reduction” Böhm achieves exactly what the title promises: wonderful harmonic resolutions, strongly rhythmic playing, and contrasting aggressive syncopation with a calm steady pulse as an underlying ostinato. The reason that Böhm's playing, compositions and improvisations are so affecting is that they are so subtle. He prefers allusion to heart-on-sleeve and favours themes which are pared-down (and which can also change in surprising ways) in place of over-obvious motifs. They draw the listener deep into a world which is always tinged with melancholy. “That’s probably in line with my character,” he reflects. In hýdōr Böhm has impressively joined the ranks of the great piano romantics. His highly individual voice makes a new and distinguished addition to the “Piano Works” series.
96 kHz / 24-bit PCM – ACT Music and Vision Studio Masters