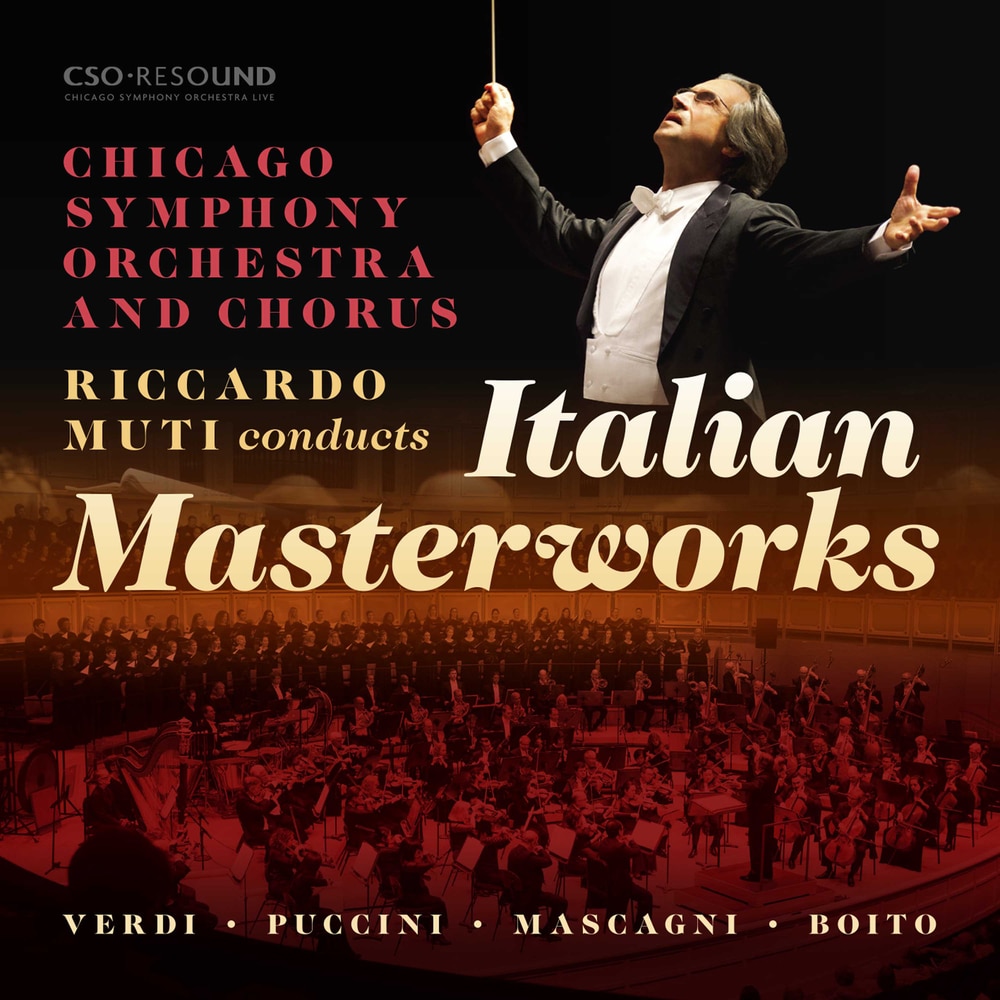 Available in 96 kHz / 24-bit AIFF, FLAC high resolution audio formats
This new album features overtures, choruses and intermezzos drawn from masterworks by Verdi, Puccini, Mascagni, and Boito, played with mastery by Music Director Riccardo Muti and the Chicago Symphony Orchestra and Chorus. Having presented these works numerous times during his tenure as music director of the Teatro alla Scala in Milan, Maestro Muti performed them with the CSO in the 2016/17 season. Recorded live during concerts in June 2017, this album presents a virtuosic showcase of 19th-century Italian music in all its passion, joy and heartbreak. Produced by David Frost, winner of sixteen Grammy awards, most recently in January 2018 for Classical Producer of the Year, this release spotlights the magnificent connection between the Chicago Symphony Orchestra and Maestro Muti.
96 kHz / 24-bit PCM – CSO Resound Studio Masters