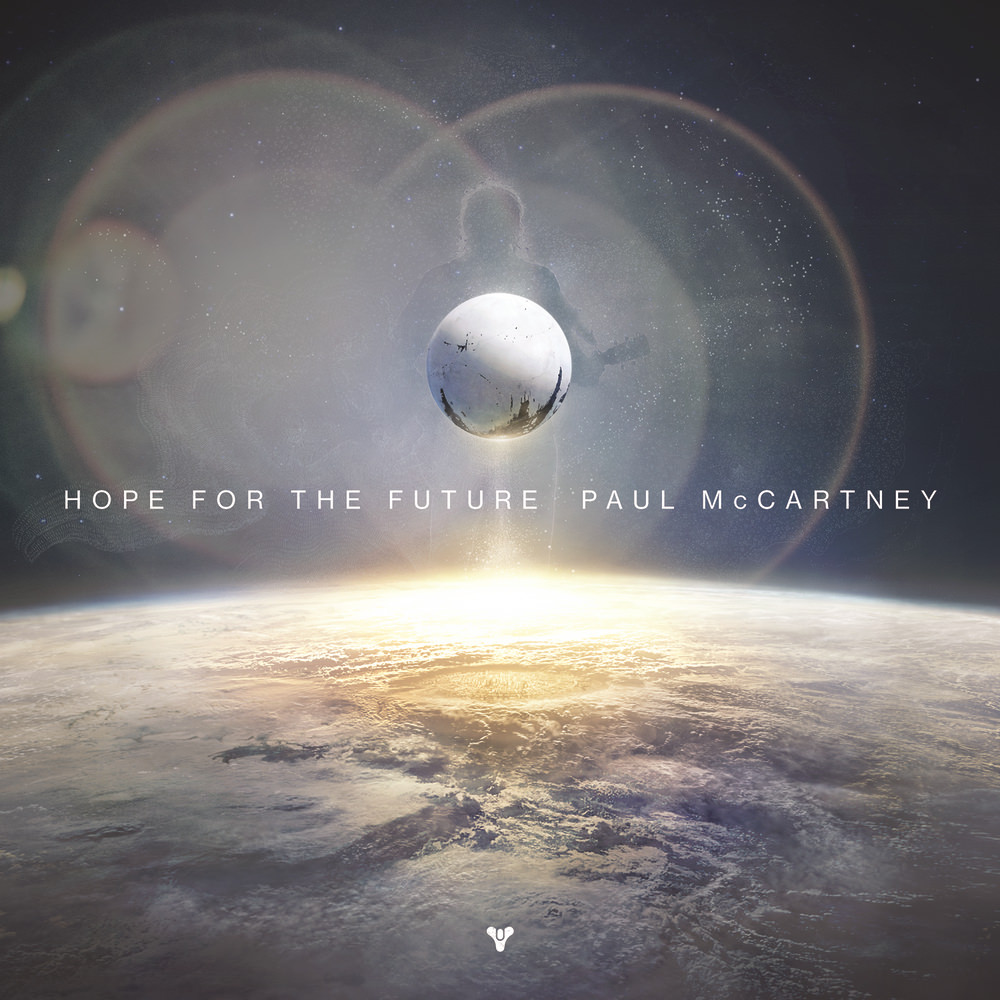 Hope For The Future

Paul McCartney's single Hope For The Future is taken from the record-breaking video game Destiny, set to become one of the most successful video game franchises of all time. The song was recorded at Abbey Road Studios with a 120-piece orchestra and was produced by Giles Martin, son of Beatles producer George Martin. Available exclusively within the game itself up to now, this digital bundle includes four exclusive remixes including a thrash mix.

"When you’re writing something like Hope For The Future, which is custom made, it is like doing a portrait for someone. You have to use your imagination and work out what they need, what they're going to want and then what you want to give them. Then you’ve got to combine those three things into something that you still think maintains integrity. I know from my kids and my grandkids, they just bury themselves in a game and I don't think they've got time to listen to my music. Their agenda is pretty full with all the other stuff, so I like the idea of infiltrating into their agenda."
- Paul McCartney
44.1 kHz / 24-bit PCM – Hear Music Studio Masters