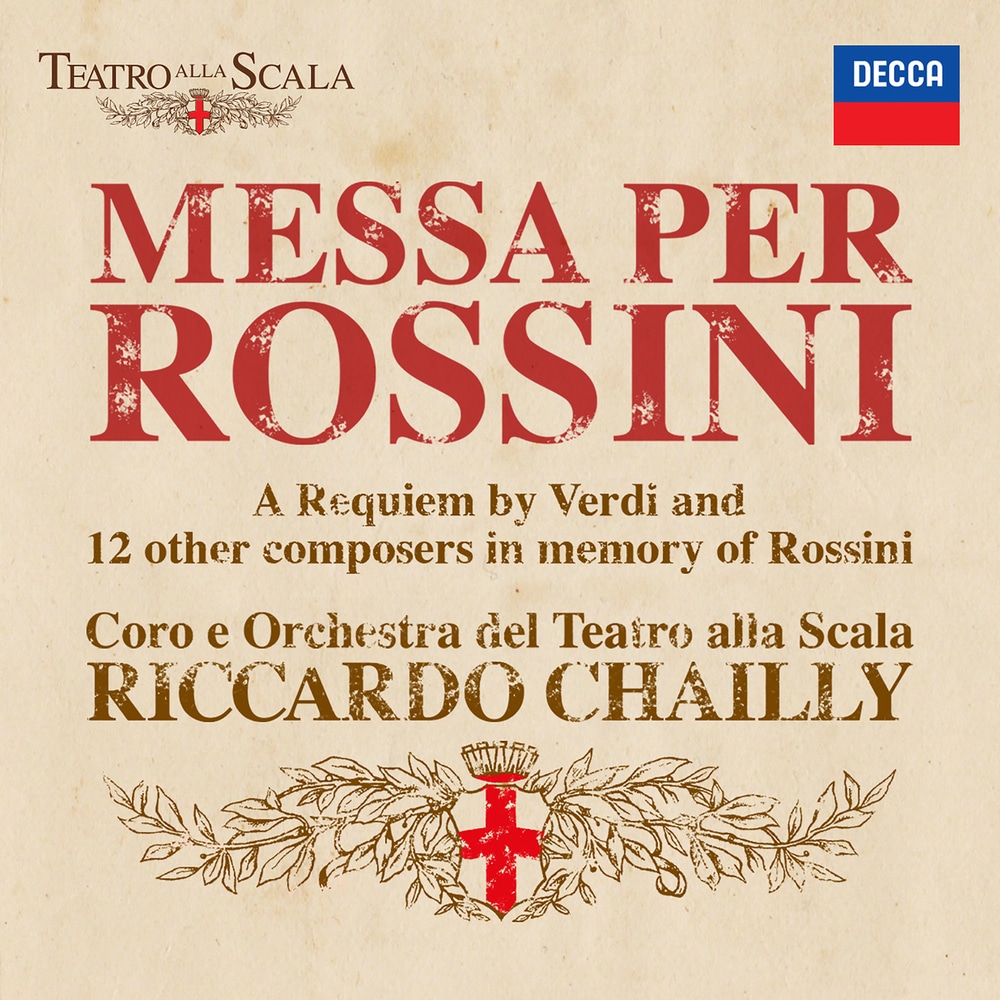 Available in 48 kHz / 24-bit AIFF, FLAC audio formats
Upon Gioachino Rossini’s passing in 1868, Giuseppe Verdi proclaimed: “To honour the memory of Rossini, I would like the most distinguished Italian composers to compose a Requiem Mass to be performed on the anniversary of his death.” In commemoration of the 250th anniversary, the resultant work has been recorded at Milan's Teatro alla Scala in Milan.
48 kHz / 24-bit PCM – Decca Music Group Studio Masters