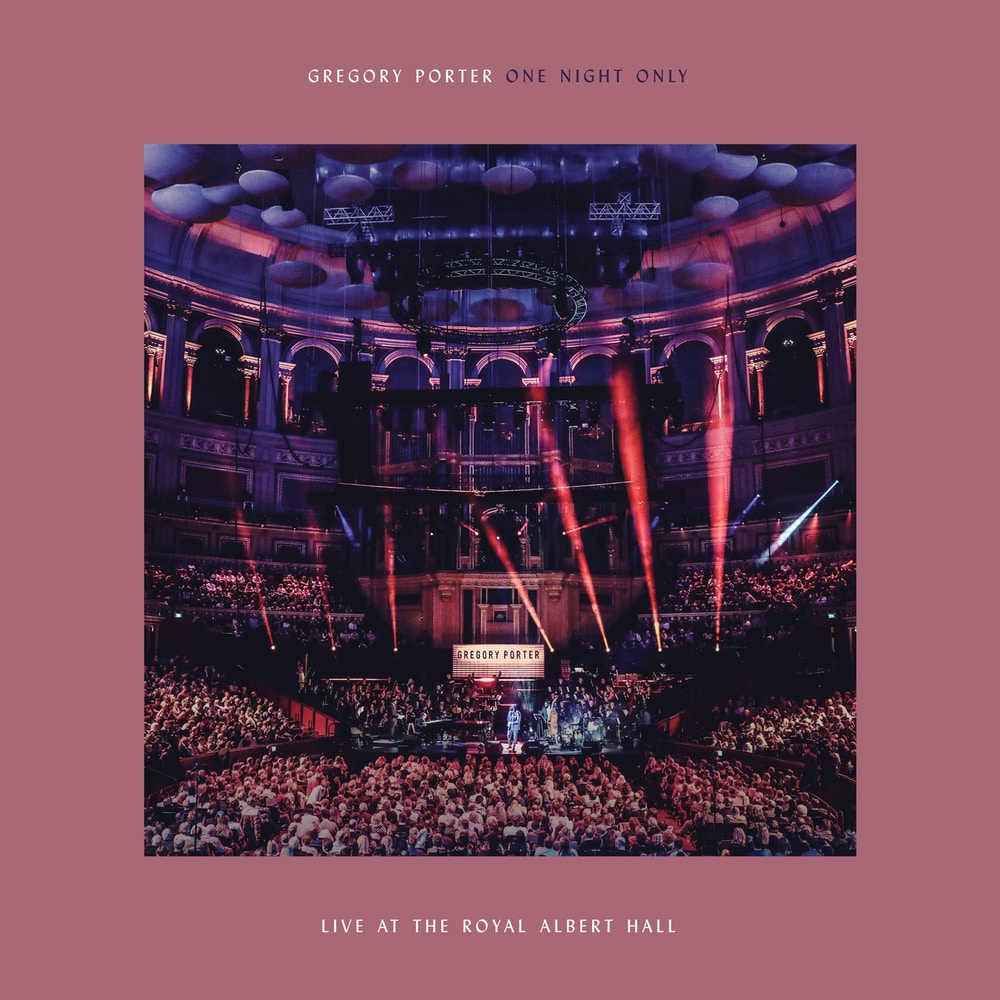 Bestselling international artist and jazz-soul vocal stylist Gregory Porter is releasing his first live album. One Night Only — Live At The Royal Albert Hall captures the first of his three sold-out performances at the venerable London venue earlier this year.

On the first night of Porter’s engagement at the Albert Hall, he performed with bis trusted jazz trio and a full 70-piece symphony orchestra, led by the Grammy-winning conductor and arranger Vince Mendoza. Recorded live for this release, the concert included songs from the artist’s recent album Nat King Cole & Me, as well as favourites such as ‘Hey Laura’, ‘When Love Was King’ and the concluding ‘Don’t Lose Your Steam’. In advance of the holiday season, One Night Only also features Porter’s version of the festive standard ‘The Christmas Song,’ written by Bob Wells and Mel Tormé and closely associated with Cole.

One Night Only — Live At The Royal Albert Hall is the latest release in Porter’s distinguished and unstoppable career, which has seen his Liquid Spirit and Take Me To The Alley achieve huge sales and Grammy Awards. Porter became the UK’s biggest selling jazz artist of the year after his Cole tribute album, released in October 2017, debuted on the British chart at No. 3, registering his highest debut and biggest-selling opening week. The album reached one million streams three times faster than Take Me To The Alley.
48 kHz / 24-bit PCM – Decca Records France Studio Masters