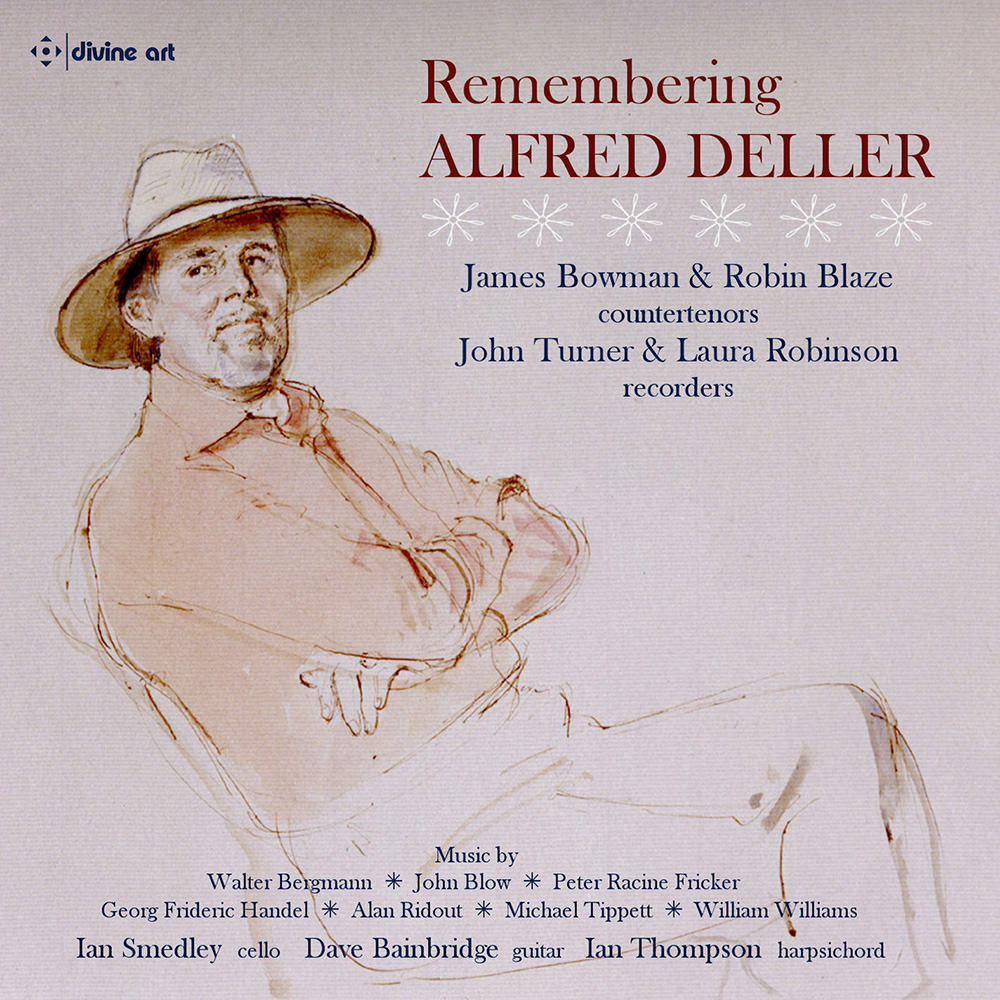 "... contains a great deal of variety and the sound of each work is clear and pristine. If you love Baroque music, whether you are old enough to remember Alfred Deller or not, you will want to hear this recording.”
- Fanfare

This album is a tribute to Alfred Deller by musicians who have carried on his tradition through major contributions to music both in Britain and around the world. The programme spotlights countertenors James Bowman and Robin Blaze and John Turner and Laura Robinson on recorders, joined by cellist Tim Smedley, guitarist Dave Bainbridge and harpsichordist Ian Thompson. Deller, whose influence cannot be overstated, reintroduced the countertenor voice to the current music repertoire.
44.1 kHz / 24-bit PCM – Divine Art Studio Masters