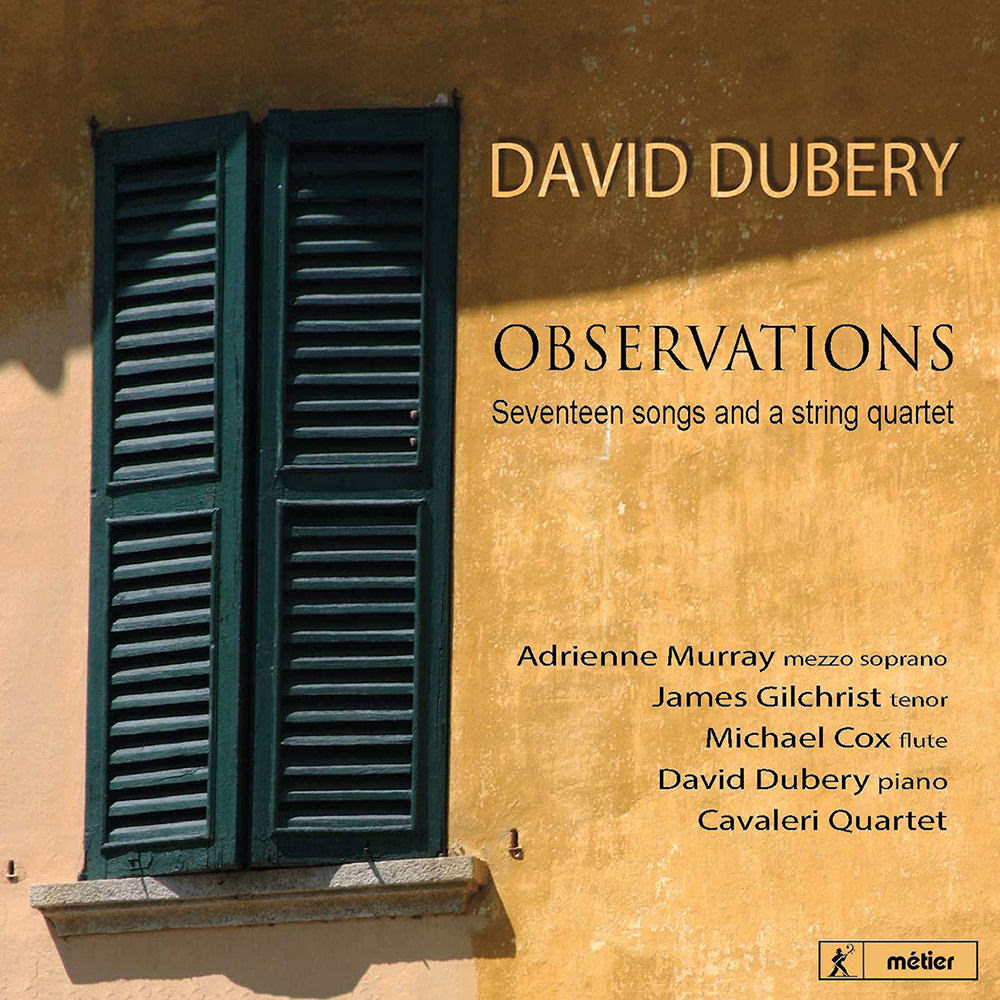 "... singers James Gilchrist and Adrienne Murray are superb. The composer is a remarkably sympathetic pianist and flautist Michael Cox brings a magic to the two song cycles that include an obbligato ... the Cavaleri Quartet gives a well-balanced and convincing performance ... a worthy disc of attractive music that demands to be explored slowly."
- MusicWeb International

This album of music by David Dubery showcases tenor James Gilchrist and mezzo-soprano Adrienne Murray, two of Britain's foremost singers, presenting a range of songs on texts by Douglas Gibson, William Shakespeare and Walter de la Mare, many with an obbligato flute line. They are joined by flutist Michael Cox and the composer himself on piano on these songs. To close out the programme, the Cavaleri Quartet performs the Cuarteto Iberico, based on Spanish inspiration and locations.
44.1 kHz / 24-bit PCM – Metier Studio Masters