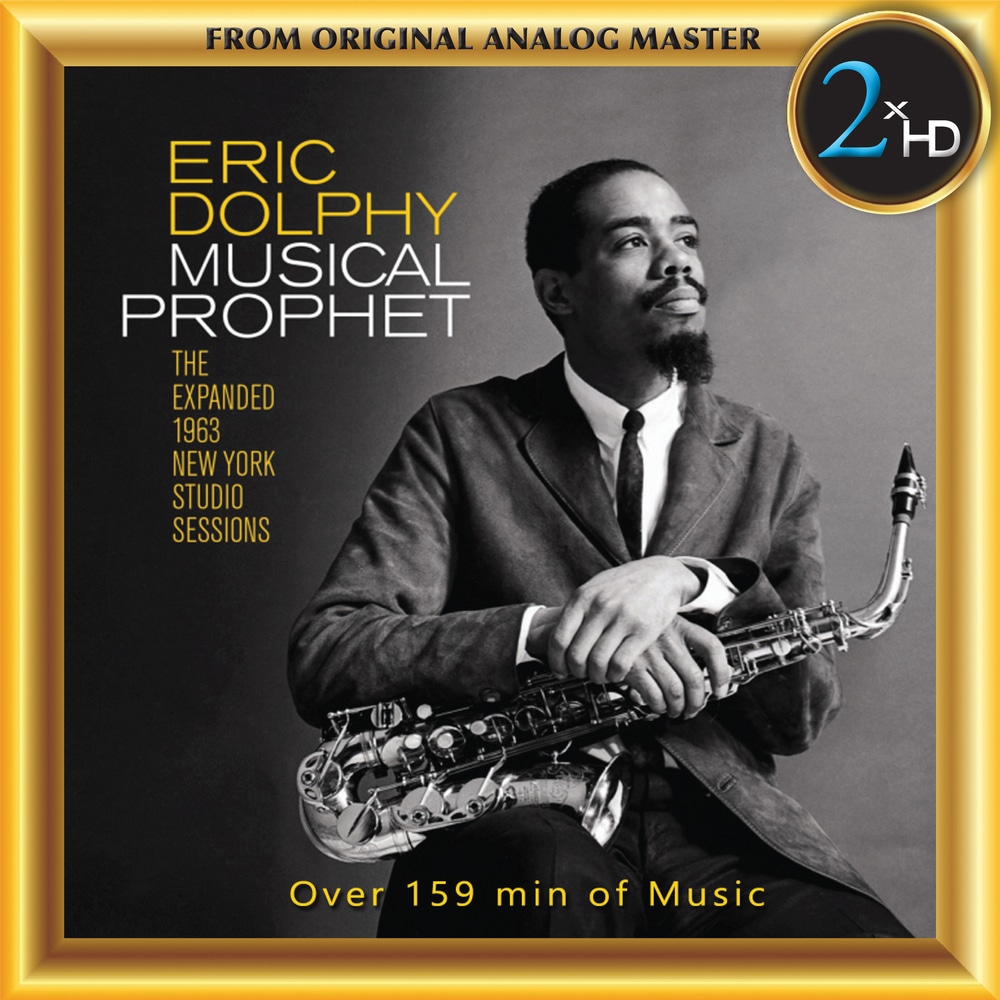 Musical Prophet: The Expanded 1963 New York Studio Sessions is the first official release of previously unissued Eric Dolphy studio recordings in over 30 years! This release of over 158 minutes of music contains the under-appreciated masterpiece albums Conversations and Iron Man, recorded in New York City in July of 1963. Originally produced by Alan Douglas with 85 minutes of extremely rare, previously-unissued recordings from the sessions, the tapes had been stored in a suitcase with Dolphy’s personal belongings and given to friends Hale and Juanita Smith before he embarked on his fateful European trip in 1964. Five decades later, the suitcase was given to flutist/educator James Newton, who then connected with Zev Feldman at Resonance and began working on this definitive edition of Dolphy’s 1963 New York studio sessions with the only copies of the tapes known to exist.