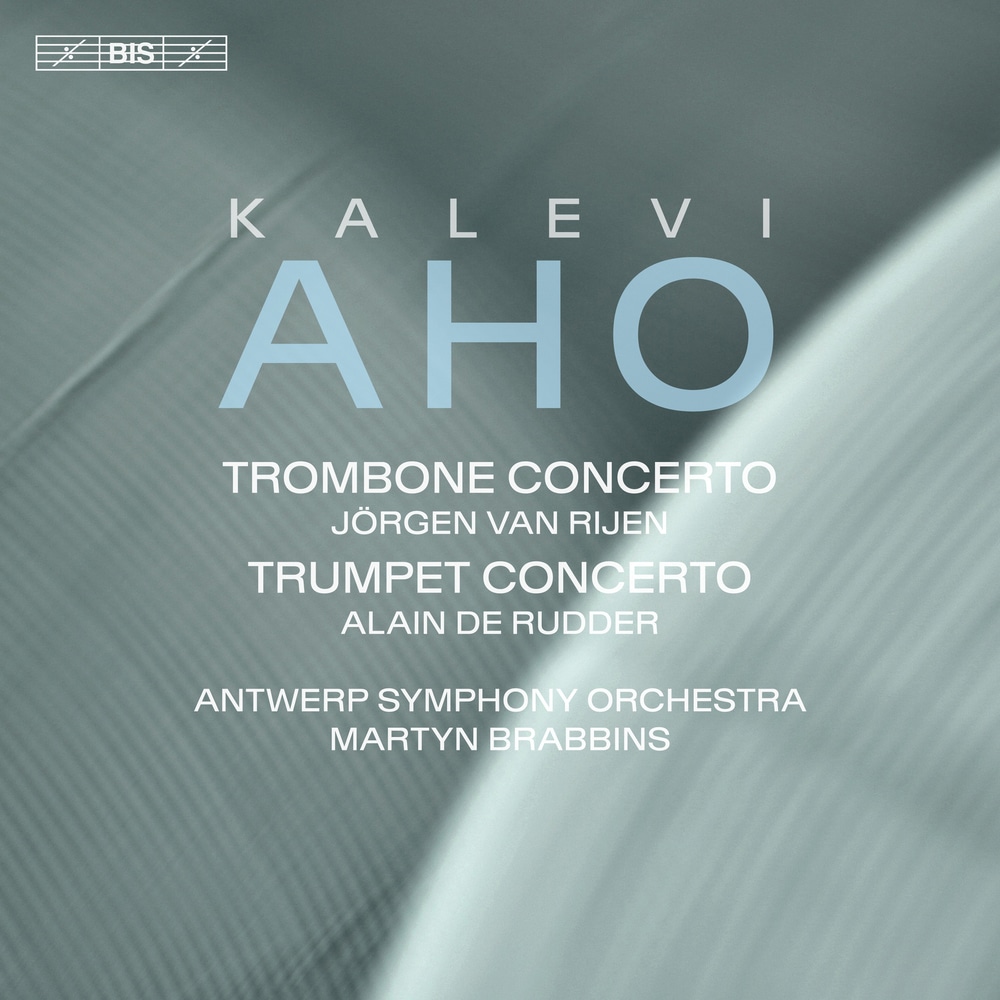 Hugely prolific as well as widely acclaimed, Kalevi Aho has composed 30 concertos to date. Many of them are available in recordings from BIS, and the present release features two works from the past decade. The Concerto for Trombone and Orchestra was commissioned for Jörgen van Rijen, who also performs it here. The concerto is actually Aho’s second concertante piece for the trombone – his Symphony No. 9 (1994) included a substantial and very virtuosic solo part for the instrument. In that work, and even more so in the concerto, the composer’s aim has been to extend the expressive and virtuosic possibilities of the trombone. Composed around the same time, the Trumpet Concerto is scored for the wind section of a medium-sized symphony orchestra, plus two saxophones, baritone horn and percussion. It was given its premiere by the same musicians that perform it here, the Antwerp Symphony Orchestra under Martyn Brabbins supporting its principal trumpet Alain De Rudder in what is often a surprisingly jazzy work.
96 kHz / 24-bit PCM – BIS Records Studio Masters